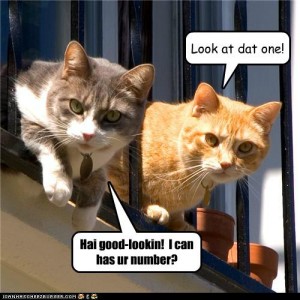 There’s an interesting news story making the rounds about a young, professional woman who took video of men catcalling towards her as she made her way to work each morning. Catcalling in this case is defined as a man whistling or otherwise commenting on how much he likes the appearance of a woman who happens to be passing by.

I’ve witnessed such behavior on any number of occasions and it always makes me uncomfortable but I’m an introvert by nature. I’ve certainly seen occasions were women seemed to enjoy the attention although more times than not they either ignored it or it appeared they were discomforted. In a strange way it reminds me of people at the gym who come up and offer unsolicited advice on how to properly use exercise equipment. It’s someone invading my space without an invitation to do so.

As I’ve said, there are times that women seem to not only appreciate such interactions but encourage them with their dress and mannerisms. I wonder is it ever appropriate to engage in catcalling? If the woman is dressed in a particular way does that invite such behavior? If a woman smiles and seems to enjoy mild catcalling is that in invitation for louder and more obnoxious attempts?

It’s all a bit confusing to this introvert.

It seems to me that it’s probably largely based on circumstance and personality. For the most part I think it is an uncomfortable practice that apparently gives men an excuse to say outlandish things without consequence. However, there do seem to be times when it is perfectly acceptable because the woman in question desires such attention. It gives men a chance to interact with women who they would otherwise not be able to engage for a variety of reasons.

Women rarely engage in such behavior although I have had my buttocks mentioned in a complimentary fashion by women in passing on a few occasions. I wasn’t offended although it was a bit disconcerting. I can imagine that if it happened frequently I would come to find it annoying although I suspect there is little chance of that occurring.

In this case the woman has printed cards which she hands out to the offenders and also offers for download to those who read her story. Is this wise? To confront the men who so annoy her? Certainly some of the reactions of the men are positive and include apologies but other men are not phased at all and I would imagine think they have increased their chances of furthering a relationship with Lindsey. Getting a woman to engage in conversation is certainly the first step in a relationship and their catcalling has achieved this purpose.

I’m particularly interested in the opinions of my female readership. Do you always hate catcalls? Hate them when it’s from someone who doesn’t interest you? Find them complimentary when used mildly although offensive when used more aggressively? Has you opinion changed over time?

Let me know in the comments! 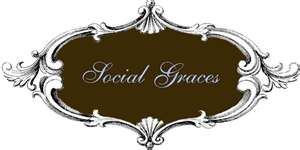