The harm a lack of education and poverty can cause was on display in South Africa when a cattle herder found a mineral that looked like it might be a diamond. This set off a diamond rush to the KwaZulu-Natal region of that country.

The problem is that another mineral, quartz, looks an awful lot like a diamond to the naked eye. In fact, it generally takes a laboratory examination to tell the difference between the two minerals.

Many people rushed to the KwaZulu-Natal region in order to start digging for diamonds. These treasure hunters then proceeded to destroy over fifty hectares of land, that’s over a hundred and twenty acres to those of us in the United States.

This happened despite overwhelming geologic evidence the region is extremely unlikely to contain diamonds. It is a region composed dolerite, a predominately volcanic rock. We find Diamonds universally in rocks called kimberlites and lamproites.

Why did this Happen?

I finally get to the point of this blog. The incredible damage that often results from the terrible combination of poverty and lack of education. It is fairly clearly established that greater wealth goes hand-in-hand with higher education. This in itself is useful but I want to look at the dangers uneducated and poor populations present to the rest of society and the world.

People who do not have money have less to lose. I can understand why someone from the poverty-stricken region of KwaZulu-Natal gave into the temptation of this diamond rush. What do they have to lose? Their lives are already miserable and the futures for their children are just as bleak.

Throw into this mix a lack of education. The people in the KwaZulu-Natal region might not even know the mineral composition of the soil and the impossibility of the discovered minerals being diamonds. They just don’t know any better.

In this case, the result is the destruction of a large chunk of land, that happily enough was not of great value. The potential damage is far, far greater. It seems to me the negative results of anti-education policies right here in the United States and around the world are manifesting themselves every day.

People who are desperately poor and without a solid educational foundation are significantly more likely to make poor, desperate decisions. Those decisions lead to negative outcomes not only for the people in question but for everyone around them. That’s the problem.

As a Libertarian, I strongly think people should make their own decisions in life. That being said, it’s undeniable poor people, desperate people, and uneducated people tend to make worse decisions than their counterparts.

I know some people will laugh at this situation and think of South Africa as a poor nation. Such people will think to themselves this could never happen here. I beg to differ. I put no stupidity beyond people, even here in the United States.

If a supposed diamond was found in my backyard, I’d immediately fear for my life from the hordes of people immediately descending upon my property with violence in their eyes, greed in their hearts, and nothing at all in their minds.

The United States is not as far removed from South Africa as you might imagine. People are the same everywhere. 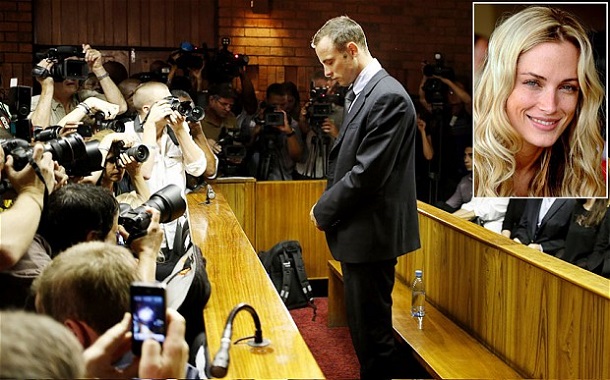