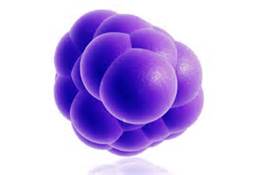 By now most people have heard of stem cells. These are cells with tremendous medical potential but also ethical concerns. There was a recent case in which it appears fraudulent claims were made because of these ethical concerns. Lies told in an effort to sway popular opinion.

If you’ve followed this debate then you’ve probably heard the fraudulent claims touted as amazing advances. This is an extremely dangerous event, dangerous to scientific progress, dangerous to public understanding of science, and dangerous on a personal level because of its potential to change the course of research and cures.

First a quick understanding of stem cells. I’m going to explain them at an extremely basic level; for a greater and deeper understanding I would highly recommend the Wiki article.

Every part of the human body is made up of cells. Your heart, lungs, liver, and other body parts are made up of cells which divide again and again to eventually perform a particular function.

Embryonic cells can turn into any other type of cell and regenerate themselves. This has obvious medical potential. The ethical problem is that harvesting these sorts of cells means destroying (killing) embryos. These embryos are generally created during in vitro fertilization designed to eventually implant in a woman wishing a child. The process generates excess embryos which are either destroyed or used for scientific purposes to harvest stem cells.

I do not exaggerate when I say that embryonic stem cells have the potential to make people immortal. They can potentially regenerate any and all of your aging organs and body parts. One injection of stem cells into your heart and it is young and strong again. We’re certainly not at this point yet but astounding progress is being made.

On the other hand adult stem cells are useful in medicine but apparently did not offer the same potential. That is until November of 2011 when at a scientific gathering sponsored by the Vatican, a fellow by the name of Mariusz Z. Ratajczak announced he had found something called VSELS; cells which essentially acted like embryonic stem cells but were found in adults!

That’s a huge win. All the legitimate ethical concerns don’t matter anymore because these cells are harvested from the person seeking medical care. No embryos are destroyed.

This very much excited those who oppose embryonic stem cell research and much money, church money, was poured into a company called Neostem which was to repeat the findings of Dr. Ratajczak and further develop it. The church sponsored a number of efforts to promote the idea of these VSELS both from a scientific perspective and a publicity platform. That’s probably where you’ve heard of these adult stem cells that have the power of embryonic stem cells.

Here’s the reality. They’ve done four independent studies now and not only cannot find evidence of the regenerative power of VSELS but they cannot find the cells themselves. Their very existence was a lie, or if you’re in a charitable mood which I am not, wishful thinking.

This lie meant that money was spent by research agencies trying to duplicate the results of Dr. Ratajczak instead of finding ways to use stem cells to cure horrible diseases. Time was wasted, lives were lost.

Essentially, in order to save the lives of embryos, people lied. They lied and promulgated supposed scientific evidence to rational people who then passed those lies along to others. This creates an illusion of reality where it does not exist. When public perception trumps reality there is real danger.

When the goal is to sway opinions rather than present evidence we venture into the realm of propaganda. If we tell a lie often enough, loudly enough, and with enough conviction people believe it. People take actions based upon it. In the end the lie is revealed and people are hurt, badly hurt.

Tom Liberman
Sword and Sorcery fantasy with a Libertarian Twist
Current release: The Sword of Water ($2.99 for a full length eBook)
Upcoming Release: The Spear of the Hunt