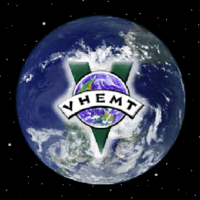 I originally hoped that I wouldn’t have to post critical thinking fail articles frequently but, in all honesty, I find that I have to use restraint lest I pester you even more than normal. But, I couldn’t stop myself when I read about VHEM. Never heard of it? Neither had I.

The basic concept is that in order to prevent human suffering we need to stop giving birth so the human race goes extinct.

Hmmm, let me try to come up with the flaw in that attempt at critical thinking.

Yes, true, there will be no human suffering if there are no humans. Can’t really argue that one. You’ve got me there.

Even if you’re of the opinion, I’m talking to you Jim, that humans are a net negative on the world you still can’t give up hope and quit. So, VHEM, you win today’s Critical Thinking fail award.

Oh heck, just for the fun of it, fill out the poll.