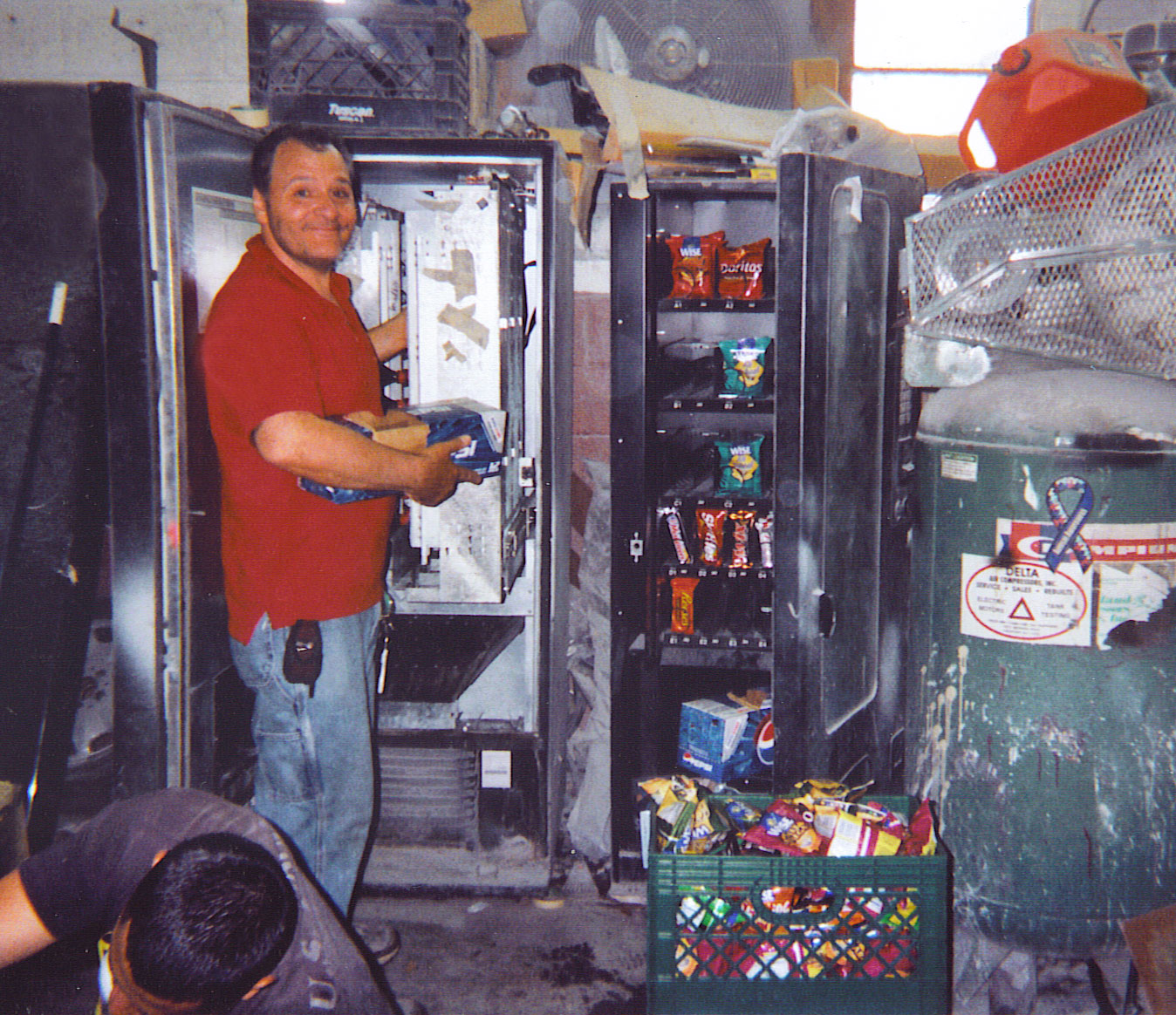 I was teaching today in a large office building and because we started class early we also went to lunch early. This meant I was in the cafeteria when the vending machine service technician was at work. I came away inspired and somewhat dismayed.

I watched as the technician opened each machine and began to fill them from cartons stuffed with various bags of chips and other supplies. I asked him how he knew what was needed in each machine. He replied that he came up and counted what was needed, went back to his truck, loaded the appropriate supplies, and then returned to load the machines.

“Who loads your truck,” I asked wondering how they knew the amount to put in each truck. I was interested because it was clear that some items were much more popular than others and whoever loaded the truck needed to know this to supply it properly. “I do,” he said. “It makes for long days.”

He mentioned that some new machines index what is needed and report to him when he plugs into them. I found the entire process inefficient although the fellow was certainly hard-working and conscientious. After he loaded the food into the machine he painstakingly put $5 dollar bills into the bill scanner one at a time so that it would be able to change $20 bills put in by patrons. He then loaded the change dispenser by cracking open rolls of quarters, dimes, and nickles and feeding them into the tubes stopping only to pick up spilled coins. It looked to me as if he knew his job quite well and was proceeding at a rapid pace considering what he had to do to each machine.

Yikes! I thought to myself. This is insane. An employee inexperienced on a particular route is going to load the wrong supplies in the wrong amount and end up not having enough of one thing and too much of another. Even someone who really knows the route isn’t going to hit the numbers perfectly.

We’ve got guys at work that could write a software program to report everything that came out of each machine. It could easily broadcast this information back to the warehouse. Employees could come in at midnight, load cartons with what was needed, and mark the boxes by business, floor, and machine. Loaders could load up the trucks when they arrived.

The driver would stop at each location, take the box indicated, load the machines, and be done with it. It would speed up the entire process by at least 50% if not more.

It would take a mechanical engineer or two to design a speedier system for loading coins and bills but I don’t think it would be that difficult. Someone still needs to manufacture the devices and place them into the machines but that could be done as new machines rolled off the assembly line and eventually you’d have an army of smart vending machines reporting exactly what they needed at all times.

As far as payment goes; I can see the vending machine company supplying refillable swipe cards to all workers in an office and then equipping the machines to take the cards. Anyone could fill the cards at home by transferring money through a website and then swipe as necessary. This would dramatically reduced the need to fill the machines with bills and change; an extremely time-consuming process for the technician.

So anyway, that’s what I did today besides teach a great group of people how to use Microsoft Project 2010.

How was your day?