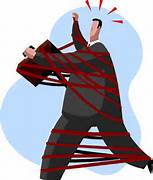 It wasn’t too long ago that I wrote about the wild horse problem that is plaguing western states. That particular situation has brought to light something that I’m well aware happens but still rankles me to no end.

First some background. Wild horses are accumulating in record numbers in the western states and there are now 50,000 of them held in pens and about 32,000 roaming free. Every year thousands of them are rounded up in often brutal chases and forced to spend the remainder of their lives penned up. Not such a great life for an animal used to running free.

I suggested that instead of penning up these animals we instead slaughter them and use their meat. There are a number of countries in the world that eat horse meat and currently the United States ships about 130,000 animals to foreign countries for slaughter.

Now, all of this is really just a prelude to the real point of my argument. The federal government has no business telling us what we can and cannot eat.

It might be argued that they should protect us from food that will poison us. Horse meat doesn’t fall into this category. Those against eating horse meat say that the animals are given certain medications banned for livestock and there is a modicum of truth to this argument, but it would be quite simple to apply the same rules to horses as to cattle.

Here’s how they did it. The U.S. government requires that all meat undergo a federal inspection before being distributed as food. The real purpose of this law is to prevent small farmers from slaughtering their own meat and sending money into the hands of feed-lot owners, but again, I’m drifting. What the government did to effect this anti-horse meat ban was pass a budget that had $0 for inspecting horse meat plants. Instantly it was illegal to produce horse meat despite the fact that no one actually made it illegal. Anyone in the domestic horse meat business went bankrupt. Destroyed by the government. Even if they were doing a thriving business providing horse meat to those who wanted it. Destroyed by a single line-item in a vast budget. Those who ran such operations tried to squawk I’m sure but they were in the minority.

This is the way the government operates today. They create legislation that pours money to those that help get them elected. All under the ruse that it is for our well-being!

I think the horse meat issue is an interesting topic but the point I’m trying to make is that our government is now in the business of picking who succeeds and who fails at the swipe of a pen. One tiny line of a budget, hardly noticed, and an industry is destroyed. This happens all the time. Business does not succeed because of hard-work, good ideas, being smarter than the other guy. It succeeds because someone paid of the government to wipe out the competition. Because someone in the government didn’t think we should eat horse meat, despite the fact that it’s none of their business.

Tom Liberman
Sword and Sorcery fantasy with a Libertarian Twist
Current Release: The Sword of Water ($2.99 for 300+ pages!)
Next Release: The Spear of the Hunt 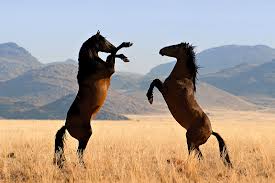 The rounding up and penning of wild horses in western states has gotten both a great deal of national news and personal Facebook postings of late. One of my good friends is an animal activist from Colorado and I’ve been reading about this activity, thanks to her links, for several years now. It seems to be finally getting some national attention as I spotted a lengthy story on the subject yesterday.

The reason I want to write about it today has to do with the complexities of the issue and the difficulties of finding solutions. Let me first describe the problem. Wild horses are not actually wild horses at all, they are feral horses. That’s not really pertinent to the issue but interesting nonetheless. These animals are the descendants of domesticated horses that escaped captivity long ago. In the western states there is a population estimated at about 82,000. Of these, 32,000 are free in the wild while another 50,000 are held in pens. These 50,000 horses were largely captured in annual roundups. According to the Bureau of Land Management’s (BLM) own statistics about 1% of all horses captured this way end up dying because of injuries sustained in the operation. One percent doesn’t seem like a lot but it’s a significant number. Many other horses are badly hurt being driven into barbed wire fences among other things.

After roundup the horses are offered for adoption but the number taken in has been dropping and those in captivity rising. Capture operations and ongoing housing and feeding costs an estimated $78 million dollars a year. The costs are rising as more animals are being held. That’s taxpayer money.

We’ve got animal cruelty and big expenses. So, why is it happening?

The western lands where the horses roam is also home to sheep and cattle ranches. These animals need the grass to breed and survive. The ranchers who own these animals depend on the land for their livelihoods.

Environmentalists and animal lovers want the animals to roam free. Ranchers want to kill them all. The roundup as it stands is a compromise solution but it’s beginning to fail. So, we need to figure out something else.

The biggest problem is the BLM refuses to sell the horses for slaughter. Animal activists regard such a solution for the horses as anathema. So, to appease the ranchers we keep rounding them up and to appease those who love the horses we don’t kill them.

I know I’m not going to be popular here but the fact is we need a hunting season on horses. Sell permits and let people go out there and shoot them. Horse meat largely isn’t eaten in the United States but it is elsewhere in the world and for good reason. It is lean, low-fat, high-protein meat. Yes, we love horses, yes we find watching them roam the western lands beautiful. Here’s the reality, if we’re willing to compromise we can have it all.

Hunt the horses to keep numbers at a level satisfactory to ranchers and activists. Eat the meat and enjoy it. Allow thousands of the animals to roam the western landscape for the enjoyment of endless generations to come. The horse lives a life free to roam until it is killed. That’s a good life, maybe not as long a life as they would have naturally but better than being in a pen.

As for me, I’m digging my bunker and getting my food and water supply ready for what will surely be an assault by my horse-loving Facebook friend!

Tom Liberman
Sword and Sorcery fantasy with a Libertarian Twist
Current Release: The Sword of Water (full-length fantasy fun for $2.99)
Next Release: The Spear of the Hunt