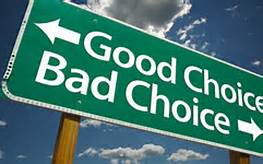 The George Zimmerman trial is finally over and the result has people angry. It’s been a long and tumultuous case that brought out some raw and powerful emotions from people on all sides. There are not simply two sides to this case, guilt and innocence and that’s what I want to focus on today, the nuances, the lessons, but also the final verdict.

For the most part people seem to be divided into the Guilty and Not Guilty camps but I think there is a lot more to this case than just that simple questions. There are lessons for everyone.

I’m not going to recap the entire thing because I think most people are pretty aware of the circumstances at this point. I think there is a lot of blame to go around from Zimmerman, to Trayvon Martin, to the police, to the prosecutor, the voices of black and white, total guilt or complete innocence, and, of course, violent protestors. This is one of those situations where emotions run high and it is difficult to analyze dispassionately. That’s what I’m going to try to do today. I suspect my thoughts will not soothe the anger on either side of the issue but that won’t stop me from trying.

A man of one race killed a teenage boy of another race. That’s a fact. No one is denying it.

The next mistake was made by the police. Zimmerman was brought in by the police and questioned. One officer wanted to hold him and do a more comprehensive investigation but another, higher up friend of Zimmerman, squashed this idea and let him walk free. The police did not canvas the neighborhood looking for witnesses. They did at best a cursory investigation. This was a huge mistake and quite possibly led to the entirety of the rest of the situation. If the police had immediately held Zimmerman and done a thorough investigation much of what happened later could have been avoided. They didn’t. If the police had brought the evidence to the prosecutor, the grand jury, and either had found there wasn’t enough evidence to prosecute, likely true, then I think most people would have accepted it at this point. Things would not have escalated.

The police did not and the community was enraged. They held protests. Zimmerman was arrested again. In order to get a lower bail he lied to the judge. Not a bright move. The judge was rightfully angry, his own lawyer furious. If I can give you any advice; don’t mess around with judges in their courtroom. You think doctors like to play god? It also taints any statement Zimmerman makes at a later date. He is willing to lie to judge? When won’t he lie?

Now the prosecutor was backed into a corner. Even without good evidence he was pressured into bringing the case to court. Still, that’s not an excuse. If there isn’t enough evidence to support a prosecution then it should not be brought to the docket.

Things then proceeded well from the state’s perspective. They held an orderly and fair trial, both prosecutor and defense attorneys vigorously did their job. A verdict was arrived at that seems largely just. Yes, Zimmerman is a known liar, but the evidence largely supports his story. It seems to me he cannot be convicted based on the existing Florida self-defense laws. Laws put in place by a legislature legally elected by voters.

Sadly the mistakes didn’t end there. Many people were upset by the verdict and some of them reacted violently which is both stupid in that it doesn’t further their cause and dangerous to them and others. In my opinion the largest disservice occurring now is the insistence upon making the entire thing racial, from both sides. I see Facebook posts comparing the Zimmerman/Martin case to the murder of white people by black people when the cases couldn’t be more dissimilar. I see people claiming Zimmerman got off because of his racial background, that he was only prosecuted because of his racial background. This case is not about, has never been about, the fact that Zimmerman is one color and Martin was another.

We should focus on the mistakes, understand them, try to learn from them. Martin is dead and nothing will change that.

Neighborhood watch members should learn to listen to police, to identify themselves. Innocent people should explain their actions when accused, particular if the accusation is unjust, rather than becoming belligerent, violent. Police should be thorough in their investigation of any incident that leaves one party dead. People should be less quick to blame one another and fire off angry words.

My final conclusion? My actions have consequences. The decisions I make are important to my life and to others. I try to make good ones. So should we all. Bad decisions can have tragic consequences. Let’s try to avoid them. Not much ground breaking there I suppose.