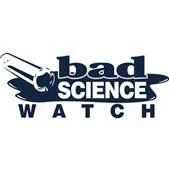 Anyone who follows my blog with any regularity knows to what nerd depths I can plumb. I saw a headline about one human sending an electrical brain signal to another. I figured it was probably misleading. Once I finished reading the story, particularly the last few paragraphs, my fears were confirmed.

The story is that a researcher sent an electrical signal from their thoughts to a device that captured the signal, broadcast it a distances over a network to a colleague wearing another device, and caused the arm of the second person to move.

Wow, a person might say. Amazing! Imagine if people can control each other with the merest thought. Conspiracy theorist to the front of the line!

It’s not amazing. It’s mundane. Scientists have long known that electrical signals from the brain cause muscles to move. They’ve studied such signals at great length and by mimicking them have performed a number of experiments even being able to understand rudimentary thoughts based on brain activity.

Once the story gets past its sensational headline the article fairly quickly starts to reveal why this is not a big deal. It states that much work has been done to help paralyzed patients move their own limbs using similar methods. Animal thoughts have been transmitted to other animals who mimicked behavior. Human thoughts have been used to send electrical signal to artificial limbs and make them move as desired.

What we have here is simply the appropriate electrical current being applied to force a movement. It’s not a breakthrough, it’s not very impressive. However, there is something much worse about this particular case. Because it’s not a breakthrough, because no one independently verified the experiment; the designers didn’t try to publish the results in a scientific journal. They didn’t subject themselves peer review. They went straight to video on the university website.

Why? I’ll let the researchers tell you in their own words: “time was of the essence.”

This is the kind of thing that gives science a bad name. The top researchers in the field were “uneasy” with the announcement. Uneasy? How about pissed off?

That’s not how science must work. Unfortunately splashy releases of unconfirmed science gets noticed by the public and quickly promulgates through the media to a wider audience. This is the strategy of the talking heads on the news/opinion shows and of politicians.

This is dangerous and I spoke about why in my post about how lies in the research of stem cells are still causing damage years after they were told.

Many might remember a South Korean scientist who went through much more elaborate deception to get publicity about human cloning.

Real scientists, the people who performed this experiment are actually scientists, must restrain themselves from such skulduggery. The integrity of science is daily questioned by those wishing to discredit it. Let’s not give the naysayers ammunition. When we as a people don’t believe in science anymore, this nation of ours is in serious jeopardy.