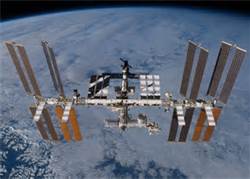 We are now seven years from the likely end of the International Space Station or ISS.

Not everyone is going to agree with me on this one and there are a lot of people out there hoping to extend the mission past 2020. There are many passionate people on both sides of this debate and I’m open to listening to other opinions. But as things stand, I think of the ISS as a colossal waste of time, effort, and money. That’s not even the worst of it. It’s sucked in so much money and effort that other NASA missions were scrubbed for lack of funding.

In addition to producing almost nothing in the way of useful information it has also prevented us from learning so many other things. Now, I’m sure people will look at the list of what I call “nothing” and tell me how wrong I am. I think that until we actually need to grow tomatoes in space it is not really worth studying growing tomatoes in space. The effect of radiation on people is well-known, it is deadly. Any space travel will require shielding from radiation. Zero gravity is dangerous for human organs and skeletal structure. How much testing of this do we need and what benefit does it give us?

When this thing was proposed it was promised as a laboratory, observatory, and factory in space. It was also planned to provide transportation, maintenance, and act as a staging base for possible future missions to the Moon, Mars and asteroids. It’s been at most a glorified lab.

In the Yahoo article a proponent of continuing the ISS through 2028 says: We don’t know whether we should care, because the utilization [of the ISS] is really still in its early stages. The station hasn’t had a valid chance to demonstrate its research value.

He supposes that perhaps, maybe, in the next four or five years there might be a breakthrough to justify the cost of the thing.

Hasn’t had a chance? It’s been in continuous orbit for nearly thirteen years and currently the cost is about $150 billion and going up fast.

The price of this thing is shared between the US, Russia, Japan, Canada, and Europe (11 partners). Everyone else is backing out as fast as their obligations let them, or faster.

Don’t get me wrong. I’m all for exploration of space, of the mission of NASA, and of the long-term prospects of colonizing our solar system. I’m just firmly convinced that the best way to achieve those things is with long-term, robotic, exploration missions. I think we already know pretty much what we need to know about low-earth orbit.

Every tax dollar that goes into low-earth orbit exploration competes against private organizations attempting this sort of mission. NASA should be doing things that private industry cannot achieve.

Meanwhile the James Webb Telescope sits doing nothing. It’s total funding capped at $8 billion in no small part because of the ISS. I’m not saying the JWT wasn’t a badly managed project, I’m just saying let’s not pour another $100 billion into the ISS to keep it operational through 2028. Let’s not throw good money after bad.

If I had my way I’d bring back the current residents and shut the ISS down today.

Tom Liberman
Sword and Sorcery fantasy with a Libertarian Twist
Current Release: The Sword of Water (a bargain at $149,999,999,997.01 less than the ISS)
Upcoming Release: The Spear of the Hunt

2 thoughts on “The International Space Station – Countdown to Bust”