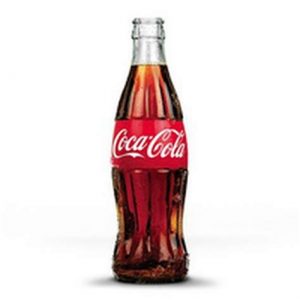 I just read an interesting article about how San Cristóbal de las Casas in Mexico is plagued by diabetes largely related to the consumption of about half a gallon a day of Coca-Cola by residents of the community. The article is interesting in a number of ways but the thing that struck me was the inclusion of Coke paraphernalia in religious ceremonies.

Coke has a large factory in the region that was established fifty years ago and has been producing the sugary beverage ever since. Because the plant is essentially next door, the price of the soda in the region is quite affordable; the result being the enormous average consumption of residents. This combined with changing weather patterns, limiting rainfall in the area, has meant soda is actually cheaper than water for many of the residents.

What’s fascinating is the fact many people in the region believe, after two generations of exposure to the soda, that it has healing properties. They use Coke bottles in religious ceremonies and the so-called “traditional” healers in the region use the soda to treat a variety of ailments. This demonstrates, with little room for argument, how quickly humans can incorporate idiocy into their religion of choice. To be clear, I’m an Atheist. I think all religion is nonsense and I find this series of event exposes many of the natural roots behind religious belief as a whole.

The idea is relatively simple. We human monkey beasts are really good at spotting patterns but sadly we also see patterns where they don’t actually exist. If a child is sick, drinks some coke, and then gets better; we see a causal relationship where one does not exist. If a dog eats a particular treat from china and immediately becomes very sick; we see a pattern. If a child begins to show autistic symptoms after receiving a vaccination we see a connection. The connection, the pattern, is not real. The treat didn’t make the dog sick and the vaccination didn’t harm the child. No amount of double-blind studies can convince us otherwise. We saw the two things happen in succession and we are convinced.

When something becomes as prevalent in society as Coke has in San Cristóbal de las Casas there will inevitably be coincidental incidents between the product and events in the region. People see these as related to one another and quickly seize upon supernatural explanations. Thus, we see Coke and religion heavily intermixed in the region.

We do not see Coke being worshipped in other places in the world because there is no logical reason to do so. Religion is largely a product of seeing patterns where they do not exist. We lean against a tree and soon our child recovers from an illness. A ha! The tree must have supernatural properties that healed the child. We beseech an invisible, undetectable god to solve a problem for us and the problem is sometimes solved. A ha!

To me, the worship of Coke in San Cristóbal de las Casas is no different than the worship of a man on a cross. I’m sure many find the latter far more palatable than the former, from a religious perspective at least. I don’t.