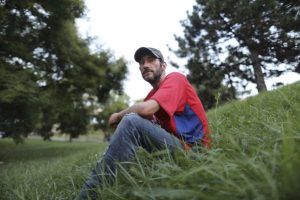 I’m sorry to say, it now appears this was a scam involving all three parties. There never were any good intentions at all. Still, much of the blog is applicable.

About a year ago there was a feel-good story in the news about a homeless man named Johnny Bobbitt helping a woman named Kate McClure when she ran out of fuel. Bobbitt, a homeless man living under a bridge near where McClure was stranded, walked to a gas station and spent his last dollars purchasing a canister of fuel to get her home. The aftermath is a study of good intentions when there is no plan.

McClure started a GoFundMe campaign in order to help Bobbitt out of his situation. The news went viral and soon enough they collected $400,000. Bobbitt is a drug addict. McClure and her boyfriend, Mark D’Amico now had a pile of money to manage and no plan. They aren’t financially savvy nor did they have any idea how to deal with a person in Bobbitt’s situation. They paid for rehab but, as is often the case, he relapsed.

Perhaps McClure and D’Amico had the best of intentions and for the moment let’s assume they did. D’Amico said much of the money from the fund going to Bobbitt was being spent on drugs. D’Amico pointed out that if they gave all the money directly to Bobbitt he’d probably be dead not long after. It’s a valid point. So, they had to manage the money. This takes time and costs money in and of itself. They missed work trying to organize it all and spent time and effort ferrying Bobbitt to his addiction meetings. To make up for this, McClure and D’Amico paid themselves from the GoFundMe campaign money. They took trips, purchased an expensive car, etc.

GoFundMe has launched an investigation into the idea the entire campaign was fraudulent. If the couple can’t account for the money they might well be facing prison. The donors who gave all that money are understandably upset much of it went to the couple instead of Bobbitt.

Meanwhile, Bobbitt is back to living under the bridge and panhandling because he doesn’t have any money. What’s the lesson in all of this? Good intentions are not enough. Grand ideas are not enough. You must make pragmatic and realistic plans. McClure and D’Amico should have immediately hired a financial advisor and a drug rehabilitation specialist to organize their efforts. This costs money, naturally. They chose to handle it themselves and now they face serious legal consequences.

This pattern of good intentions without a realistic plan is part and parcel of the fabric of our everyday life. Look no further than Washington D.C., your local government, or your church. You might well be a good person, a decent human being, and want to help. If you don’t plan you will most likely do far more harm than good.

3 thoughts on “Good Intentions with Johnny Bobbitt and Kate McClure”