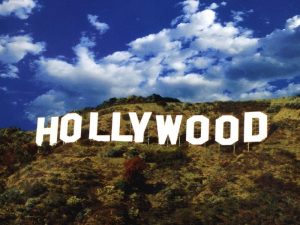 Whenever a movie doesn’t do well the comments below the story lambaste Hollywood for making movies that no one wants to see. ‘I’ll never go to a movie by that studio again’ is a refrain I often read. Or, ‘The Hollywood elites are out of touch with us regular folks’. Anyone who says something like this is clearly completely out of touch with reality for a number of reasons.

Yes, some movies don’t do very well and lose the studios money, but the reality of movie making is that it is largely a money-making machine. A single hit like Disney’s Beauty and the Beast creates huge profits that make up for any number of bombs. The major studios top a billion dollars in profit on a regular basis. That’s profit, not box office. People are not only going to movies in record numbers but they are also purchasing them from Netflix and other outlets for viewing at home.

People love entertainment and it is an enormously profitable industry. Listen, I get it. Hollywood makes what I consider to be awful movies filled with action and lack of character development. I’ve got nothing against a good superhero film but I don’t see many of them. In my opinion Hollywood creates far too many movies that don’t really tell a story, they just blast the screen with nonsensical action and stupid jokes.

I was reading review for Pirates of the Caribbean: Dead Man’s Chest on IMDB and was stunned to see it got an overall rating of 7.3 which is pretty darned good. Many of the reviewers were waxing poetically about how wonderful was the movie. I must have had an expression of slack-jawed astonishment on my face as I read glowing review after glowing review. Finally, I started to come across reviewers who shared my opinion of that atrociously long and hideously boring piece of film.

While I agree with those who lambaste Hollywood for making many bad movies, I certainly can’t accuse them of not understanding their audience. Hollywood fully understands exactly the kind of movies you want to see and caters to that desire.

They provide amazing entertainment for people around the world. Perhaps you don’t like the politics of a particular movie, or, more like me, you don’t like the reliance on action. But if you deny the fact Hollywood is quite good at doing their job, you’re living in a fantasy world. Which is fine, I just choose to accept reality.

In addition to making movies that are not so good, Hollywood also makes movies that are fantastic. They make movies of every genre that appeal to a wide range of people.

So, in the end, I have to celebrate the fact that movies I hate make hundreds of millions of dollars for the various studios because that means they can make some great ones also.