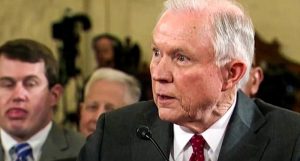 Are you, like Attorney General Jeff Sessions, an advocate of being tough on drug crime? If you are; I think you should examine why you feel that way. Some time ago, the nation of Portugal decriminalized drugs. This resulted in a number of outcomes long predicted by those against the War on Drugs. I’d like to take some time to examine these results and also compare and contrast those who gain and those who lose from such policies.

Portugal decriminalized drugs in 2001. What this means is it was still illegal to possess certain amounts of drugs but that people caught with more than that are not prosecuted criminally. Basically, they are given treatment for drug addiction. Thus, they are not tough on drug crime.

What has been the result?

Those people seeking treatment has increased dramatically as one might suspect. That means many people whose lives were destined to be destroyed by drugs were saved. Certainly, not everyone who seeks treatment avoids the ravages of drugs but at least some do. Many lives were saved and improved. Treatment costs money, this is true. But as we’ll see in a moment, it is far less expensive than current treatment costs.

The rate of HIV infection dropped dramatically. This means many people are alive today who would otherwise have died after extended hospitalization. We save lives and enormous amounts of money in the healthcare industry.

Interestingly, the total number of people who used drugs at least once increased, although this may be related to people more willing to admit so in an era of decriminalization. In any case, even if more people tried drugs, fewer became addicted and were harmed by them. It is much like having alcohol at an early age in a supervised fashion. Those who do so are less likely to become alcoholics.

The drug related criminal workload decreased dramatically. Basically, law enforcement and the court system saw a dramatic saving in time, work, and money because they were no longer prosecuting all those drug cases. People were sent to treatment instead.

The price of drugs decreased dramatically. This means the criminals who sell these drugs are getting far less profit. This takes money out of the hands of criminals which means they are less able to commit crimes.

If I can sum it all up quickly. Decriminalizing drugs saves lives, reduces drug use, saves money, and makes society a better place for almost everyone.

Yes, the fact that using and selling certain drugs is a crime does benefit several groups of people.

It benefits the penal system. More people are needed to work in prisons. Companies that supply those prisons have more customers. The penal system in the United States is an enormous business with powerful lobbyists. Decriminalization would cripple their industry.

Law enforcement agencies benefit in some ways. Certainly, we must hire more interdiction officers to police drug use. Entire federal agencies depend on the illegal drug trade to finance their departments. It must be noted that actual officers do not benefit in all ways. They are the ones who prosecute the war on drugs and are often the victims. Their lives are destroyed. They alienate the community they are supposed to police. But, they have jobs. Without the illegal drug trade, many would not have jobs. Police forces would be reduced dramatically and those officers who remained would return to the duties they performed before drugs became their main job.

One of the most important considerations in any policy decisions is the outcome. If the outcome is going to cause tremendous suffering and create significantly more violence and pain, perhaps, you should think twice about backing such policies.

I’m here to tell you, if you are an advocate of being tough on drug crime; you are causing tremendous human suffering. You are destroying the lives of millions of people. I’m certain those who support such policies believe they are helping and making things better. I’m sure they think they are good, decent people.