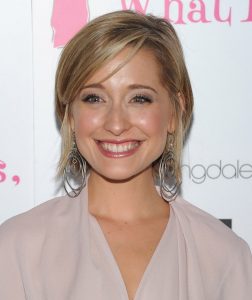 A relatively famous actor named Allison Mack has been charged with sex trafficking for recruiting women to join a multi-level marketing company called NXIVM and an associated group called DOS. What is interesting about all of this is the supposed crimes were committed largely against eager and willing victims.

When it comes to the idea of human trafficking, the United States is currently in the midst of a Moral Panic. Supposedly 15,000 people are so trafficked every year but there is almost no actual evidence to support this number. That hasn’t stopped the government and a large number of well-meaning but largely self-deluded citizens from passing useless laws and spending hundreds of millions of dollars to combat the largely non-existent problem.

That’s where Mack and a fellow named Keith Raniere get involved. Raniere is a despicable fellow. He runs a multi-level marketing company called NXIVM which is slightly different than others of its kind. Instead of simply bilking people of their money with barely legal promises, he also uses the company to convince women to serve as his sexual slaves. Under his charismatic control they allowed themselves to be branded with his initials in their pubic regions. Mack served as leader of a subsidiary organization that recruited women to serve sexually. DOS stands for dominus obsequious sororium which is Latin for master over the slave women.

There are allegations that Mack and Raniere used blackmail to keep women in NXIVM and this is against the law. The fact that women joined a group and served as sex slaves is not, much as many would like it to be, a crime. Legally competent adults should be able to choose what they want to do with their lives, even if sexual perversions are involved. Where there are charges of coercion and blackmail, they should be investigated.

If Mack was involved with blackmail she should be so charged. The problem here is we are using laws created to stop a non-existent problem to prosecute people for a particular activity we find distasteful. Something that should never have been illegal in the first place. This is a microcosm of the entire War on Drugs and also the needless traffic crimes which result in the theft of billions of dollars from citizens.

I think it is telling when the government went to Mexico to arrest Raniere, the woman at his compound hopped into their cars and chased the police all the way to the airport trying to rescue him. They are clearly not victims here. Certainly, they are dupes and fools but they are participating in something and they eagerly want to continue to do so. The government should not be trying to prevent us from doing that which we desire, even if it isn’t in our best self-interest. That is our job.

Raniere is scum. Mack is as well. But unless they drug an unwilling victim and keep them imprisoned either physically or through blackmail, they haven’t committed a crime. I know the headlines are shrieking human trafficking but that’s not what happened.

We must guard not only our freedom, but those who we dislike as well, particularly those whose behavior is most disturbing.