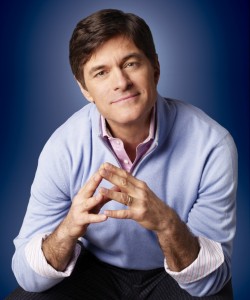 I’ve long known that most diets are merely money-making scams designed to fleece desperate people from their money and I don’t really follow the industry with much interest. Today I spotted a blog post about a fellow named Dr. Mehmet Oz who has been invited by Missouri Senator Claire McCaskill to testify to the Senate about weight-loss scams.

I’m a bit jaded when it comes to irony, hypocrisy, and outright lying from our elected officials but when a senator from my home state invites possibly the biggest purveyor of fake diet scams to the rather less than hallowed halls of Congress to testify about the dangers of weight-loss scams, well, how can I not write a post about it?

The original post from Orac at Science Blogs does a great job of providing all the links you need to determine for yourself the nature of Dr. Oz and his various business operations. Oz is a recipient of the Randi Pigasus Award for Refusing to Face Reality and his various forms of weight-loss and medical advice are cited as doing more harm than good.

All that is well and good. It’s clear to me that Oz is a charlatan preying on people’s desire to lose weight quickly and easily so as to fleece them of money. As far as I’m concerned he’s allowed to do that as long as his actions don’t cross over into criminality. Apparently he has not yet crossed that line so he continues to sell goods on his television show without interference.

We live in a free country and if people are gullible enough to believe his obvious fabrications and exaggerations and want to hand him their money then that’s their right. Those who see through his lies don’t give him money. That’s the way freedom works. You’re free to do what you wish even if it’s foolish.

What really bothers me is this invitation to appear before the Senate. It’s not even that he is going to be railing against that which he is himself guilty of that bothers me. It’s not that I think the Senate still has the gravitas of the old days and that anyone who testifies there must be of good character. Those days are long gone. Still, why should he be a given legitimacy by our government that he clearly does not deserve? Are my tax-dollars going to house him, feed him, and transport him to these sessions?

Why does the United States government need to be involved at all? There are laws on the books about false advertising both from the Federal government and from various states. If Oz is breaking the law, arrest him. If he is skirting the law then it is up to people like Orac and the Randi Foundation to spread the word. It is up to people who want to lose weight to do due-diligence when looking for solutions.

The government can’t protect us from ourselves. If you’re foolish enough to purchase Green Coffee Bean extract in order to lose weight you deserve what you get. If Oz lied about the studies which showed its value in weight-loss he should be charged with a crime. Our politicians should focus on the real problems that this nation faces and not on inviting likely snake-oil sales representatives to speak to them about weight-loss scams.

The entire visit is a classic example of our politicians doing things that appear to be good in order to gain political capital. Look, we’re here to help you, they say. Vote for me.

I’ve got news for Congress. They are not here to help me. They are here to run the country properly.

I’ve got news for all my readers out there trying to lose weight. It’s hard. You have to cut your caloric intake not just today, not just this month, but long-term, day after day after day. You have to exercise regularly. Eat more fruits and vegetables. Go to the gym at least four days a week. I’m not saying it’s easy, I’m saying it’s hard. You can listen to me or you can listen to Oz. Your choice.