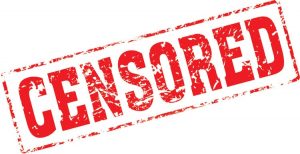 I have been censored! My rights stripped from me like so many pasties from an exotic dancer.

Congress I need your help. Congressman Jason Chaffetz an investigation must be ordered. This is big, huge, enormous.

There is a story about some teachers who were playing Fuck-Marry-Kill while imbibing drinks at a local restaurant. For those who are unaware of this delightful pastime I will explain the rules. Three people or things are listed. You must choose with what or whom you will have sex, which you will marry, and which you will kill. Someone videotaped the teachers playing the game. Their co-workers were mentioned. They said unflattering things about students although apparently refrained from mentioning them in connection with the game.

The video was posted on Facebook. One of the co-workers who ended up in the kill category complained. Parents complained that their precious little students were being taught by people horrible enough to play this game. To dare say an unflattering thing about one of the children. They were horrified. The school district has fired one of the players and the other have been reprimanded which is apparently not enough for the enraged internet.

And now I have suffered a grievous blow. My comment was censored, banished, removed, annihilated, destroyed, put into a secret CIA prison somewhere in Africa. I find myself in a barren wasteland without a single Like (I use my Facebook account to make comments because I have nothing to hide, well, there was that thing in college with the blender, three live chickens, and some mini-cans of orange juice but that’s all just rumor). No likes!!! It hurts. It hurts.

My comment, you ask? I wanted to play the game with

A) The person who taped the conversation.

B) The co-worker who complained.

C) The parent who wants them all fired.

Now we will never know and I must live the rest my life in barren desert of Likeless shame. Unless, you, dear, brave reader, will play the game with me now?