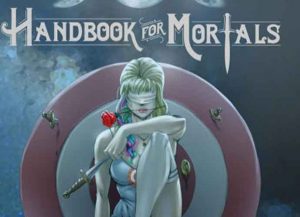 There was a fascinating incident the other day involving the Young Adult Best Seller list from the New York Times which demonstrates the good that can be done through group communication. In essence, someone scammed the New York Times and had their book, Handbook for Mortals, put atop the list. Fans of such fiction launched an investigation and, by the end of the day, the listing was removed.

The events themselves are fairly remarkable but their implications confirm my opinion about the potential of the Internet and Social Media. In this day and age see we violent extremists gathering and organizing using such tools and these sorts of things frighten people. What we seem to overlook is that far more often groups of people with a like interest gather using the same tools and bring much good to the world and great joy to individuals.

I think we need look no further than Wikipedia to see the great good that can come from such gatherings, but this incident with the New York Times Young Adult Best Seller List is further proof.

What happened is a new book, Handbook for Mortals, appeared atop the list, but no one had even heard of the book. There was no advanced publicity and there weren’t even copies of it available for sale. This inexplicable listing caught the attention of a Young Adult author named Phil Stamper who noted it in a Twitter post. From there the crowd took over.

At least two book stores reported large orders of the Handbook only after the purchaser confirmed they reported sales to the New York Times. It can be inferred the scammers purchased thousands of the books from various stores in order to get it listed. But our story of sleuthing does not end here.

Other investigators found the author of the book was a former publicity agent who was noted for pulling such scams. Yet more tracked down the Publisher, GeekNation, and found they created a new book publishing division just last month. The company was founded by a woman who has ties to minor celebrities. It turns out they are planning on making a movie based on this book, which is likely the reason for the attempt to place it atop the best seller list.

The entire convoluted scheme is interesting enough in its own way, but I find the power of the crowd to be the real story. Someone saw something suspicious, reported it on Social Media, a few hour later a large part of the scheme was unraveled, and action was taken shortly thereafter. This sort of thing was certainly possible in the past with diligent investigation, commitment, and a great deal of time. Now, with thousands of people involved in the investigation, each looking at different leads, the entire scam was discovered and dealt with in mere hours.