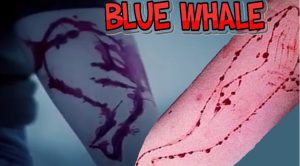 Basically, there isn’t much evidence young people are committing suicide because they were instructed to do so as part of the Blue Whale Challenge. The game supposedly involves a series of dares that occur over fifty days with the last challenge being to self-film the player’s own suicide.

First off, I’m highly skeptical this is real. It has all the hallmarks of a hoax and the Safer Internet Centre, a European Agency, seems to think so. Secondly, I’m not sure encouraging someone to kill themselves is a crime. I wrote about this in conjunction with the Michelle Carter case so I won’t go on endlessly here. Providing material assistance to someone who is going to commit suicide is probably criminal. Knowing someone is attempting to commit suicide and not reporting it might be a crime. Encouraging someone to kill his or her self is despicable; but I think not criminal.

Then there is the idea of a Moral Panic. This is basically when society learns of some danger and begins to enact laws and regulations to prevent harm from coming to its citizens. The problem is the danger never really existed at all, or was happening to such a small percentage of people that the methods enacted to prevent it actually cause more harm than the original issue.

I argue the entire War on Drugs is a Moral Panic. Drug use causes for less damage than the interdiction methods introduced to reduce drug addiction problems. We’d be far better off today if never began the War on Drugs, thus when I see something like the Blue Whale Challenge I become concerned. In the United States people are already proposing laws similar to those enacted in Russia where the Moral Panic is already in full swing.

In Russia, there are now laws against a website that promotes suicide and laws against encouraging a minor to commit suicide. Several people have thus far been imprisoned. I know what you’re thinking, good. Those are bad things. We should have laws against them. The problem is the impact of those laws.

If I want to promote suicide why should the government prevent me from doing so? I understand telling someone to kill themselves is nasty and reprehensible. I get why people want laws to prevent shameful behavior. I get children can be vulnerable to manipulation and sometimes need special protections not in place for adults. I just don’t think it should be the government’s responsibility to monitor this sort of thing. We can’t legislate morality and the more we try, the more problems we cause.

I can’t tell you all the problems these sorts of laws might cause down the road, but I’m convinced they will create more difficulties than they actually solve. These laws won’t stop people from playing the Blue Whale Challenge or being administrators, if anyone actually is playing. They will just push the situation further underground.

Some people will commit suicide. Some people will encourage others to do so because they are failed humans. We can be better friends to those in need. We can spend our time helping people, rather than hurting them. We can see people who are in danger and act to help them. That’s our job, not the government’s.

We cannot and should not rely on the government to be our moral saviors. If we do so, we risk them dictating moral policy, and that is a dangerous path indeed.