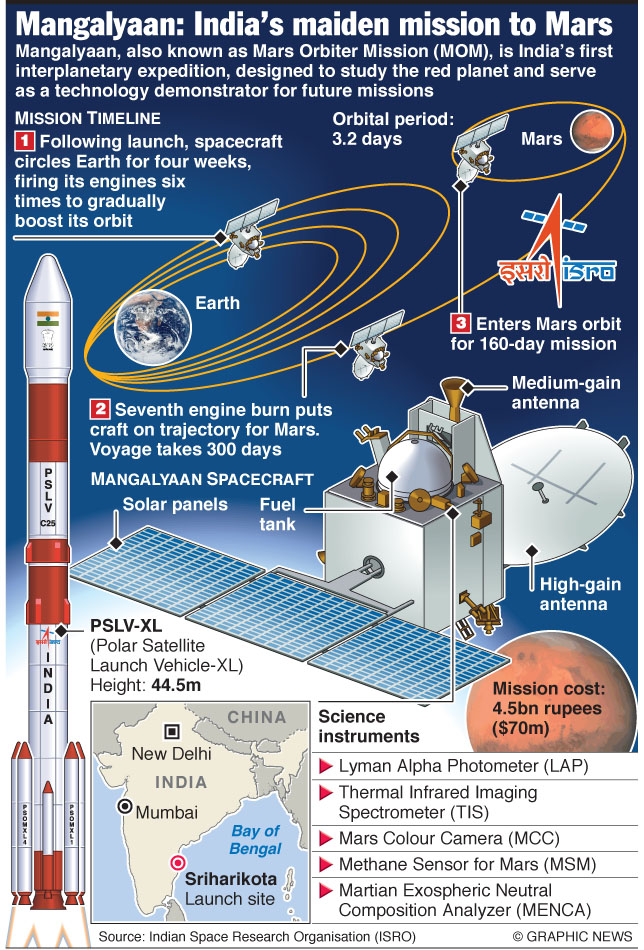 The other day I read in interesting article about a mission to Mars that you probably haven’t heard about and a few days later a friend of mine linked her blog to a Siemens seminar about manufacturing. An item in each of those links dovetailed into something that struck me.

The entire Mars mission is costing India the equivalent of $75 million dollars and a large part of this is because they have such a glut of incredibly intelligent young engineers that their starting salary is less than one-third of their counterparts in the United States. The team that designed the satellite has two people on it over the age of 31.

Meanwhile I read this quote from the Siemens article.

High-tech factories require a dependable supply of a well-trained, technically adept labor force. By one estimate, America will need over 120 million workers with advanced skills by 2020 – and may be on pace to prepare less than half of what’s required with adequate qualifications.

Not long ago I wrote a blog about how last year China unleashed seven million college graduates onto the world.

It’s my opinion that the Automation Age is coming and if you want a good job you need to have technical skills. Robots will be doing the vast majority of menial jobs in the future.

If the United States cannot provide businesses with a workforce that can do the job, businesses will look elsewhere. That’s the bottom line.

I’m happy to see this incredible wealth of intelligence arising in China and India. I don’t think this has to be a dire threat to the United States. As the world becomes smarter so too will our lives become better. But let’s not kid ourselves; we must continue to produce a highly qualified and technically advanced workforce. If we do not we risk being left behind.

We can’t be complacent. We can’t lie to ourselves and say, well, those Asian and Indian kids might get good grades but they can’t plan, design, and manufacturer a robotic mission to Mars. Trust me, they can.

No matter your political party try to refrain from attacking scientists even when they don’t agree with your political agenda. Read a science article now and again. Download an astronomy app so when you see a bright object in the sky you can identify it.

You might not be able to tell a youngster to become a scientist but you sure can inspire them.