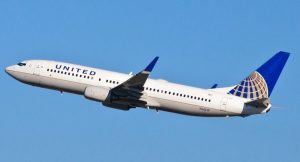 United Airlines recently announced they were doing away with a quarterly bonus of $300 to all eligible employees and instituting a lottery wherein those same employees have a chance to win $100,000 and other prizes. What I’d like to ask is if you would want such a plan at your place of work?

Let’s look at the metrics. United Airlines employees almost 90,000 people although we have no way of knowing how many of those get the incentive bonus of $300. It is based on things like attendance so it doesn’t sound particularly difficult to achieve. I’m going to say that about a quarter of the employees get the bonus. That’s 22,000 bonuses of $300 awarded each quarter for a total of $6.6 million in payouts.

We have to do a bit more guesswork on the value of the remaining prizes United Airlines is giving out but let’s say the total package is worth $2 million. That’s a saving of $4.6 million dollars for the company. Pretty nifty. It might be more, it might be less, but I think it’s fair to say the new policy is designed to save the company money. United Airlines executives claim it will generate employee excitement but I think it’s reasonable to infer this line is somewhat disingenuous.

Under the old plan an employee who met the standards receives $300 each quarter. That’s not a life-changing sum by any imagination. A bonus of $100,000 and trips are, obviously, of significantly greater value to an individual employee. The employee who wins the bigger prize is quite happy while all the employees who gave up the $300 for nothing are not as thrilled. From a metric point of view that’s about 21,900+ employees who are angry and 100, depending on how many prizes are offered, who are happy, each quarter.

Will this mean more employees seek the bonus? Fewer? These are interesting questions to me. They speak to psychological motivations. Would you do more for the chance at a greater prize or do less because your chance of getting something is greatly diminished? Would it not change your work behavior at all?