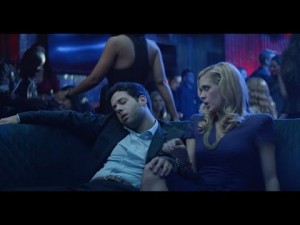 I’ve been watching a Heineken commercial for a few months now and it’s been bothering me since the first time I saw it.

Basically it is a little montage of women walking out on their incoherently drunk male companions from a variety of locations. They sing of their lament that there are no more good men. Eventually one handsome fellow pushes away a beer and we know that the moderate drinker is the hero for whom they’ve all been looking.

Call me thin-skinned. Call me political correct. By golly I’m offended. I’m not offended to the point where I’m going to boycott Heineken (which I don’t drink anyway, so boycott threat pointless). I’m not asking other people to stop drinking it. I’m not asking for the ad to be pulled. I’m just saying, gosh, it’s offensive. I’m a guy. I drink. I’ve been drunk.

Where have all the good men gone?

Anyway, not that big a deal. Just a quick, informal poll. Let me know what you think.

2 thoughts on “Heineken – Where have all the Good Men Gone?”