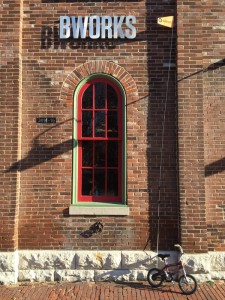 If you don’t like bicyclists on the road and you’re a Missouri state representative what would you do?

If you are Jay Houghton, the elected state representative from 10th District of Missouri, you try to pass laws banning them, for the safety of the bicyclers of course. The first attempt was an outright ban on people riding on rural roads and the second involves essentially making it impossible for them to ride by having them attach ludicrously tall flags to their bikes.

The first bill failed and I’m certain the second awaits the same fate but their very existence is further evidence anyone in power will do whatever they possibly can to prevent people from doing things that the legislator doesn’t happen to like. Of course Representative Houghton is a Republican. Naturally.

This second attempt really gets my anti-government Libertarian blood to the boil. The idea that this bill is being passed for “safety” reasons is so ludicrous and insulting to every human on earth that one wonders what Houghton thinks about the intelligence of his constituents. He must despise the very people he is supposed to serve to lie so transparently. What sort of person is capable of such ridiculous deception? Certainly not someone I would want as a friend of mine.

I’m sure Houghton has no desire to be my friend so no great loss for either of us.

The very existence of this proposal is proof positive that small-government Republican are merely enormously intrusive government wolves in disguise, bad disguises at that. They want the government involved in every tiny aspect of your life with which they happen to disagree.

Here is the wording of the bill just for those who might doubt that such an abomination has actually been introduced:

Every bicycle. as defined in section 307.180, operating upon a lettered county road shall be equipped with a flag clearly visible from the rear and suspended not less than fifteen feet above the roadway when the bicycle is standing upright. The flag shall be fluorescent orange in color.

The picture I’ve included is a bike with a fifteen foot flag on it although I don’t think such is necessary to convince anyone of the stupidity of this proposal.

And people wonder why I’m a Libertarian.