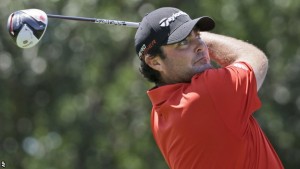 There was an interesting situation in last week’s World Cadillac Championship when a golfer named Steven Bowditch chose to keep playing despite the fact he was having a miserable week.

Bowditch had mathematically the worst tournament at a World Golf Championship ever. The reason I think it’s worth discussing is because he kept playing despite the fact he did not have to do so.

Normally at a golf tournament they play four rounds and anyone not in the top half after the first two rounds is “cut”. That is they don’t make any money and they don’t get to play the final two rounds.

This particular event has a limited number of players and there is no cut. By finishing in last place Bowditch earned $48,000. Had he said his stomach was upset or claimed that he hurt his wrist and withdrawn at any point he still would have earned the money. He chose not to do so.

Despite being well out of contention, he finished fourteen shots behind the second to last place finisher, he continued on for all four rounds.

Bowditch is an excellent player who has won twice on the PGA tour and earned over three million dollars last season playing golf. He suffers from severe depression and before getting desperately needed help had some rough times.

I’m of the opinion that Bowditch is to be admired for not quitting despite there being no real reason to continue on. He claims his game needed work and so he decided to keep playing but I think there is more to it than that. Perhaps, perhaps not. Only Bowditch can say.

I know I probably would have quit. Most people will say they too would have continued on despite the misery but I think that’s not the case.

Anyway, I admire Bowditch and wanted to say so. I also have a question for anyone who reads this. Do you think you would have quit?