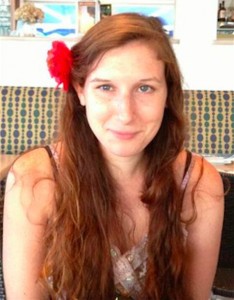 Suzannah Weiss wrote the piece for Yahoo! Beauty and seems to think a couple of things. That women shaving their legs when men don’t is a double standard. Also that women largely shave their legs to please men. She mentions that some women shave their legs because they like the look and they should be able to make that choice without judgement.

I suppose Weiss is simply trying to be encouraging to other women out there who don’t want to shave their legs. Perhaps she is trying to shame men who prefer smooth legs on women. I can’t speak to her motivation but the idea that it is somehow a double standard seems wrong to me. If a woman shaving her legs is a double standard then so too must be a man wearing a tie, a woman in high heels, a man who shaves his face, either sex who shaves their genitalia.

Weiss then goes on to explain that a great barometer of a man’s respect for a woman is if he thinks a woman is obligated to look pleasing to him. If a man expects a woman to look nice for him, apparently he is a bad fellow. Likewise it seems that it’s at least a negative thing for a woman to want to look pleasing for a man. If she wants to do it for herself, that’s fine. But wanting to look nice for a man? No good.

I’m a Libertarian. I believe we should always do what’s in our best self-interest. But this doesn’t mean we should be isolated. What is often in our self-interest is doing things that are pleasing to those around us. This is how we form friendships, relationships, and manage to exist in society.

If a woman wants to shave her legs to please a man, to please herself, or because she’s a competitive swimmer, more power to her. If she doesn’t want to, for whatever reason, fine again. If men like shaved legs on a woman, good for them. If they don’t, fine and dandy.

For purposes of full disclosure, I love smooth legs on a woman.