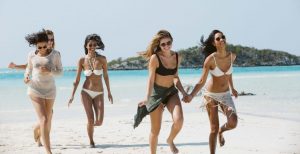 First the Fyre Festival. A couple of fellows named Ja Rule and Billy McFarland came up with an idea to have a music festival on an island in the Bahamas. The plan involved popular music artists and supermodels, ticket prices were extremely high. Everything went wrong.

Many people might say that the entire plan was a mistake but I’d disagree. One of the reason things went so badly is the number of people who paid to attend were far greater than the venue could accommodate. That clearly means people were quite interested in going to the festival.

A similar thing happened with the F35. It’s easy to say let’s build a single jet that does everything three other jets can do. We’ll save tons of money by having one plane with interchangeable parts. It seems like a good idea.

That’s the problem with dreamers. They stop their ruminations seconds after telling everyone what a great idea it is. And it might well be a great idea, but without a plan and realistic implementation therein, it cannot come to fruition.

What happened with the Fyre Festival and the F35 is no one was willing or able to do the necessary hard work to pull either off in a timely fashion. There are two important differences. The first is the festival could actually fail whereas the F35 was going to continue on no matter how far delayed and how much money it cost.

The second is there is redress for those who suffered or lost money at the festival. For the taxpayers, there is no redress. Our money is gone. It is spent. There is no way to sue and get it back.

All the warning signs were there for both the event and the plane. The venue was horribly inadequate and it was apparently suggested to the organizers the festival simply be cancelled until next year. They chose to go on with it and now must suffer the consequences of the disaster. That’s a good thing, that’s what happens in the business world.

The technology to create the F35 really just didn’t exist and no one had ever done anything like it before. It relied on inventing technological solutions where none existed. It became clear fairly early on the three versions would not be nearly as interchangeable as hoped, the entire purpose of building the single plane. Costs skyrocketed as the plane’s deployment became delayed by years. Congress decided to go on with the project despite these problems.

This contrast of the private sector and government is stark. When someone shoots for the moon and ends up falling short, there must be consequences. Instead, we are the ones punished by being forced to foot the bill for their folly. I don’t know about you, but I’m getting awfully tired of politicians spewing out wild dreams and foregoing all practical planning. When things go awry, they just throw more money at the problem.

Wouldn’t it be nice if we could file lawsuits against our politicians when projects they mismanage go hugely overbudget and even fail entirely? It seems like a nonsensical idea but we live in a nation where we get to elect our representatives. We can do whatever we want if we just vote for like-minded people.

Not that I’m holding my breath.

One thought on “Fyre Festival and the F35”