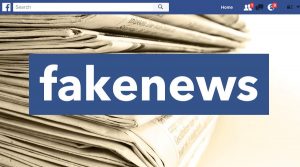 Crazy people do violent things based on false news.

There is nothing to be done about people who spread false information, people who lie. There has never been anything to do about them. Because of enormous advances in the ability of people to communicate with one another using social media; the limitations to disseminating information are largely gone. Anyone can say anything and broadcast the message anywhere instantly. That cat is out of the proverbially bag, if there ever was a bag.

So are we doomed to an endless series of people acting on false information to hurt and even kill innocents? Probably but not necessarily.

There is a solution. It doesn’t involve jailing people who lie or controlling the media. It’s actually relatively simple. Teach children to think critically. Make people understand that facts are important. Teach everyone that you cannot just believe whatever theory you come across because it matches your political ideology.

If you are a critical thinker that is not enough. When one of your friends or relatives puts out false information call them on it. I’ve done so and I’ve been unfriended on Facebook for it. I’ve been attacked. Vilified. I’ve been called all sorts of names, mostly involving my intellectual abilities or lack thereof. So be it.

I give out this warning to all my friends. All my family. All my social media acquaintances. If you say something stupid I’m going to point out the stupidity of your post with arguments. If you post false news stories I’m going to reply with facts. If you don’t like it … well … don’t get mad at me. Get mad at yourself. Or, get mad at me, I don’t care. The only person I can control is myself. I will do so zealously. You’ve been warned.