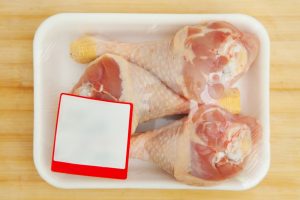 A friend of mine recently posted on Facebook that she’s been weighing her food of late and noticed a trend. Certain grocers systematically short you on weight. Let’s say you purchase a pound of turkey but when you put it on the scale it is .97 lbs. While .03 lbs is a small amount, it adds up over thousands and millions of purchases.

The state of New York recently fined Whole Foods for this practice. The behavior essentially steals a few pennies from consumers each time they make a purchase. If the mistake is random and sometimes the weight is over and sometimes it is under then it should all balance out in the end. However, if the mistake is systematically lower, then consumers are being charged for a huge amount of product they have not purchased. This is stealing. Plain and simple.

If the weight is short again and it again it proves the butcher or whichever employee or machine is doing the packaging is fully capable of measuring accurately and chooses to put in less. This is a conscious and measured decision to steal with the hope that no one will really care enough about the tiny difference to complain. There is no excuse for this behavior. It is illegal and fines of $500,000 like that which the state of New York imposed on Whole Foods is one way to stop it. This method relies on a state that is willing to prosecute. This is a big assumption. Rather than change their practices it might well be in the financial interest of the grocer to simply give out piles of money to politicians in the hopes of garnering favor. It happens all the time.

Another way, a better way, a more Libertarian way, would be to file charges against the person, not the corporate entity, who packaged the meat or the person who programmed the machine that is packaging the item. If that person is found guilty of theft then I find it reasonable to assume that all the other people who are engaging in this practice will stop. I think even just the act of filing charges against individuals would be enough to change the practice nationwide. A few dozen cases of consumers taking matters into their own hands would have a profound effect.

What individual is willing to risk prison for so little personal gain? I do not deny this path is more difficult than relying on the state. We have to hire a lawyer. We have to go through a time-consuming process. But I think the solution is better for everyone. Honest grocers. People buying and packaging.

This is my interpretation of what it means to be a Libertarian in a nutshell. Don’t rely on an inherently unreliable state to protect you. Don’t sue your grocery store. Charge the person who is stealing from you. The person who perpetrated the crime. Not the faceless corporation. This forces personal responsibility upon society. And that is a good thing.

2 thoughts on “Is Your Grocer Stealing from You? Probably.”