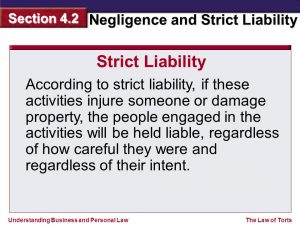 The judicial branch has ruled a woman named Megan Fox, who had her home destroyed in 2015 when her son’s hoverboard caught fire, is not entitled to damages under the Strict Liability laws enforced in the United States. The case is quite interesting for a number of reasons that, as a Libertarian, I’d like to examine closely.

Strict Liability law essentially mean that anyone who manufacturers, distributes, or sells a defective product is liable even if they were not negligent in causing said defect. The concept took root in California in the 1950s in a landmark legal case called Greenman v. Yuba Power Products. The idea being the individual harmed by the defective device often has little means to recover from a devastating injury. Prior to Greenman, liability required proof the user did not use the product in an unsafe manner. This sort of negative proof is extraordinarily difficult to show and cases that crisscrossed the United States ended up with horribly maimed victims unable to get even basic compensation.

This inequity meant that Strict Liability spread from state to state and is now established in federal law as well. Case closed, you might say. Amazon sold it and owes the Fox family for the damage. The problem is that Amazon didn’t really sell it or even list it, it was purchased on their Marketplace website. This allows third-party vendors to sell products directly to customers, Amazon merely being a common location where buyers and sellers can more easily find one another. Therefore, legally they are not part of the chain of liability. Case dismissed.

The company that manufactured the hoverboard is from China, maybe. The hoverboards ended up being extremely defective and there were any number of incidents. The company vanished. There is no one to sue. There are an increasing number of cases like this one and Amazon has won victory after victory in court.

The problem with finding Amazon liable in this situation is that such a law would then extend to any third party that facilitates the selling of goods from one person to another. Companies like eBay, eBid, and Bonanza would most likely have to shut their virtual doors immediately. Websites across the country would have to eliminate their classified sections. So, I think the courts ruled correctly.

I’ll go even a bit further in that I’d like to examine the idea of getting rid of Strict Liability altogether. The base concept is companies are more easily able to absorb the costs of catastrophic injuries related to products even if it wasn’t really their fault. They can simply budget this extra cost. Everyone pays a bit more for the product to compensate those few horribly injured. This is the idea expressed by the judge in the Greenman case which drove the concept of Strict Liability to dominate state law.

In the hoverboard case news of incidents involving the devices spread across the internet via social media almost immediately. Amazon eventually sent a warning about the devices and instituted a payment plan that anticipated many returns. You might say, well, goodness, all the more need for Strict Liability but I say the opposite. This ability to research the safety of products so quickly shifts the burden back onto the consumer. If you purchase an item without doing readily available and easily obtained information about it, then anything that happens is really your responsibility.

It’s important to understand that in this case removal of Strict Liability would make no difference. The product was manufactured with obvious defects and the company that made them would be responsible no matter what. In addition, if a person uses a product in an inherently unsafe manner and his harmed, Strict Liability does not apply.

Is it time to end Strict Liability, particular for products that have been readily available for a period of time and whose potential to cause harm has been established?

I think it’s an idea worth examining. What do you think?