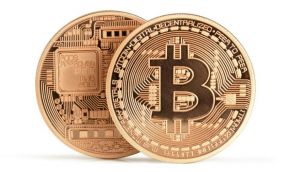 Bitcoins recently reached an all-time high in value and thus were spawned a bunch of pseudo-articles claiming if only you’d purchased them at their lowest value you’d be wealthy today. These articles are largely designed to convince you to purchase bitcoins. When you read articles essentially promising riches, you should be wary. I know the stories aren’t promising anything, but there is a clear innuendo.

The first reality is bitcoins aren’t physical entities you put into a safe-deposit box. They are stored on servers as bits of information. The bitcoins referenced in the various articles hinting at untold riches simply don’t exist anymore. The people that mined those coins, back then you didn’t necessarily purchase them but you mined them, stored the bitcoins on servers that simply don’t exist anymore. Any bitcoins you might have potentially owned seven years ago are valueless.

Any number of irregularities have hit bitcoins over the years and it’s not simply a matter of saying I had this much then and I’d have that much now. Many bitcoins have been essentially lost and are worthless. In addition, a healthy percentage of bitcoin purchases, like those suggested in the headlines of these articles, fail entirely. People are defrauded out of their money.

I’m not suggesting bitcoins are useless. I’m actually a big believer that cryptocurrency will eventually usurp all other national currencies and this will be a good thing. What I am saying is this plethora of article making the rounds are designed to convince you to spend a large amount of money on bitcoins, most of which you will lose.

There is at least some evidence that the current rise in prices is being manipulated by Russian business owners.

It is entirely possible bitcoins will continue their rally and go higher yet, but the reality is predicting the rise and fall of such cryptocurrency is merely a guessing game. You might get lucky, you probably will not.

The people who want you to speculate on a stock are eager for others to pay at the top because they are selling. Stories like those in Social and Mainstream media currently making the rounds trigger my naturally cautious nature. Who is writing these stories? Why are they appearing now? Is it an organized effort or just the natural consequence of the price of Bitcoins? I’m not sure the answer to those questions but I am sure I won’t be purchasing any at the current price.