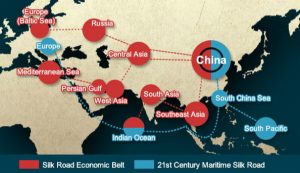 3 thoughts on “Globalization China Style One Belt One Road”