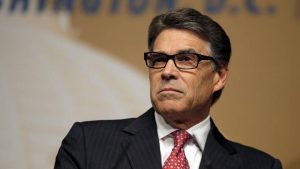 What Perry said is this: Here’s a little economics lesson: supply and demand. You put the supply out there, and the demand will follow. The real law of Supply and Demand does not mean that, but I’m not going to get into what it really means. I’d like to discuss Perry’s actual statement, which presumably he believes.

The idea is related to something called Say’s Law. Basically, if a product is put out there, people will purchase it. It’s not exactly what Perry said but it has correlation. Say’s Law was largely meant as a way to understand how we get gluts of particular products, excess that people are not purchasing. It was generally considered correct until the Great Depression when a great supply of workers created no demand. It is now almost the opposite of current economic theories. Supply is created by demand. If people want something, others will produce it.

I don’t want to get into a complex economic dissertation here, one I am not qualified to make. It seems fairly logical to me that the very idea people will simply purchase something because it is available is nonsense. This is even more true in today’s connected world than it was around the turn of the century, primarily because people have access to far more information. They can look at competing products and decide which they want to purchase.

Now, we could talk about marketing. Certainly, that gets people to purchase products they perhaps do not need or want. Even then it is not the mere presence of the product that is driving demand. You can ask any retail store manager. If they put more of a low-selling product on the shelf, they are largely going to have extra inventory.

That’s what disturbs me about the statement. Not that Perry incorrectly defined Supply and Demand, but that he apparently thinks what he said is true. He wouldn’t have said it otherwise, unless he misspoke, which is possible. It seems to me he said what he meant to say.

Happily, it’s not a big deal, Perry is the Secretary of Energy. Wilbur Ross is the Secretary of Commerce and if he made that statement, well, then I’d be concerned. So, basically, a bit of a useless kerfuffle. Still, I learned something about economic theory, so it wasn’t a total loss.