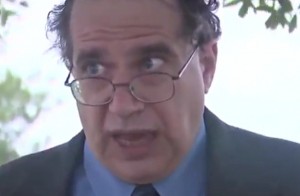 There’s been an interesting story in the news the last couple of weeks about a professor at Texas A&M who decided to flunk all of his students and refused to finish out the semester. It’s an interesting decision to analyze from a Libertarian perspective.

Let me preface my remarks with the note that I do not speak for all Libertarians.

There are certainly many different possible realities to this situation and I would guess that there is a fairly large amount of blame to go around, but I want to examine this from a point of view that assumes one side of the story and then analyze it from there.

A quick recap of the story is that Professor Irwin Horwitz of Texas A&M – Galveston sent an email to all of the students in his Strategic Management class informing them that he planned to fail every student and would not be finishing his duties as instructor that semester. He cited his reasons as being general disrespect, rampant cheating, threats of violence, and unpreparedness for life after college.

The extreme viewpoint is that Horwitz is telling the absolute truth and his students were uniformly guilty of these transgressions. A second idea would be that Horwitz is an awful teacher and the students are not guilty of the behaviors listed. The reality is probably somewhere in the middle but for the purpose of this post I’m going to look at if what Horwitz did would have been appropriate in the first case.

I still have a huge problem with his behavior. To begin with he has an obligation to finish the class. The students signed up for his class under that understanding. I’m not talking contract law, I’m talking about honoring your word.

My second big problem is that if cheating was rampant he should have immediately reported it and flunked those who were doing it. If several students are cheating and the professor lets them get away with it then the other students immediately feel cheated themselves. If cheaters are allowed to cheat then what good is being honest? I have the same attitude in regards to students who made verbal threats of physical violence. Why were they not immediately reported?

Professor Horwitz behaved atrociously even assuming everything he said is true. The reality is, as I mentioned above, there is probably blame to go around. In that case he is even more culpable.

The University has stepped in and the situation seems to be fairly well under control so that’s a good thing.

I also wanted to take a second to assign some blame to the students. If students are aware other students are cheating and don’t report it they are likely in violation of ethics rules at the school. If they were aware of threats of violence and did nothing to stop it then they have failed as humans.

Not a lot of good in this story. 🙁