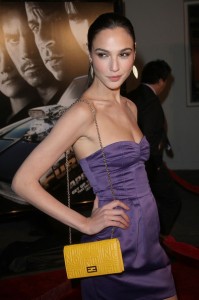 I like to fancy myself a bit of a plain speaker and a story from the entertainment world about an actress named Gal Gadot burns my britches.

First a little background. An upcoming Batman/Superman movie will feature the iconic character of Wonder Woman. The actress chosen to play the role is Gal Gadot. Here is the result of an image search so you can peruse the pictures of this attractive woman.

I’ve also included a picture of her in the blog if you don’t want to go to the trouble of clicking the link.

People are upset because they think Gadot is too skinny to play Wonder Woman. So they say.

Now here’s my problem with that assertion.

Shhh. Make sure no one is looking. Check behind you. Is it safe?

The problem people have is not her weight, it’s that her breasts aren’t large enough. Oh my goodness! What horrors have I spoken? The delicate ears of United States citizens everywhere aren’t mature enough to hear that.

This kind of mealy-mouthed double-speak bothers me. Personally I don’t think Wonder Woman needs to have large breasts although it’s undeniable that she is generally portrayed that way in comics and the most famous Wonder Woman, Linda Carter, had a full figure.

When people say Gadot is too skinny they get to say her breasts aren’t large enough without actually saying it. If you think Wonder Woman must have large breasts then say it! I disagree with you but at least show the courage of your conviction.

This sort of pretend speak just annoys me to no end.