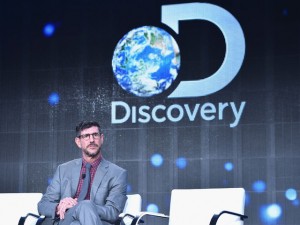 There is an absolutely fascinating event taking place in the world of entertainment in that the new president of the Discovery Channel, Rich Ross, plans to take the network in a different direction.

The Discovery Channel has recently aired episodes which are geared towards the sensational and play fast and loose with reality. These episodes have generated some of the largest audiences the Discovery Channel has ever recorded. You see, my loyal readers, sensational nonsense is much more popular than boring reality. Of this there is no doubt but it is this very fact that makes Ross’s decision so incredibly interesting to me.

I’ve written on numerous occasions about the perception that the media is destroying our country when in reality it is the viewing habits of the denizens of our country that drives the media. Idiotic Megladon nonsense gets better ratings than shows about the natural beauty of North America. Not by a little, by a lot.

Ratings are what drives the amount a network can charge advertisers for sponsorship of a show. The reason being that if more people are watching a show then the advertisement reaches … more people! It doesn’t take a degree in Aerospace Engineering … er … I mean Rocket Science to figure out people like it sensational, they like it dumbed down, they like it mostly naked, and they like it with a bit of the naughty stuff.

So here we have it. Mr. Ross is looking you right in the eye United States of America citizens. He’s saying we’re going to give you some reality because we think you are ready for it. You complained vociferously about our nonsense shows and therefore, despite their great ratings, we’re going to pull them off the air and give you what you claim you want to see, not what our market research and reams of evidence tells us you really want to see.

I stand here ready to watch more of the Discovery Channel. I’m on your side Mr. Ross. I wish you the best of luck in your attempt. I desperately wish people would click on Science Articles in their various media outlets rather than stories about the Kardashians. I’d love it if people decided to read balanced and factual stories about the Keystone Pipeline rather than reading political motivated rhetorical lunacy. That being said, I’m not holding my breath waiting for it to happen.

I’ll be very interested to see the overall ratings for the Discovery Channel this time next year. I’ll be happily surprised if they are trending upward.

One thought on “Rich Ross aims to Fix Discovery Channel”