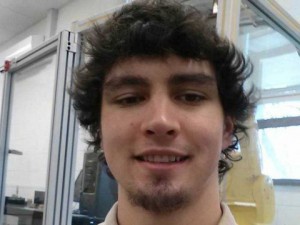 Anyone who ever watched a realistic police drama knows how informants are used by law enforcement officers to help them make arrests. These informants often suffer horrible consequences and the case of Andrew Sadek reinforces my opinion that the War on Drugs does far more harm than the actual drugs upon which war is being waged.

Sadek was a young college student who sold small amounts of marijuana to his friends at the North Dakota State College of Science. The police recruited a person on campus to be an informant and when Sadek sold him marijuana got the young man to allow them to search his room. There they found residual marijuana in a grinder.

The laws in North Dakota about selling even small amounts of drugs on school grounds and federally mandated sentencing guidelines meant that if convicted Sadek faced the potential of many years in prison. To avoid this he agreed to be the next chain in the link of drug informants. He made a few buys for the police. Then he ended up dead with a bullet in the head.

The investigation is ongoing and it’s possible Sadek was murdered or he committed suicide. It doesn’t matter to me which one. He’s dead because police terrified him into doing something stupid. He’s dead because we have laws in this country that potentially put people in jail for decades because they sold an easily grown weed to people who willingly pay for it.

I discussed this matter with a friend who suggested that Sadek was more than partially responsible for his death and that the police were merely doing their job in trying to catch higher level drug dealers. I don’t completely disagree with this thought. Sadek could have refused to cooperate but I think the burden falls more heavily on the government officials who at the very least coerced him into doing something quite dangerous. I’m of the opinion Sadek didn’t do anything wrong at all in his sales but the current laws say he did. He knew he was breaking the law and risked punishment.

That being said it seems awfully vicious, cruel, and manipulative to threaten a young man with the destruction of his life over such a minor thing as selling a little marijuana and then using that threat to place him in what can only be described as a physically and emotionally dangerous world. It’s irresponsible of law enforcement to do it. They must be held at least partially accountable for Sadek’s death.

The main question I have over this incident and the many other’s I’ve written about is quite simple.

Is it worth it?

Is this War on Drugs worth doing such horrible things to people? I ask law enforcement officers, prosecutors, judges, and tax payers. Is it worth it?