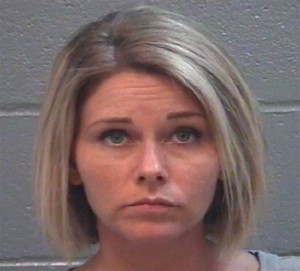 Any sex story that involves a woman with younger men immediately garners headline attention and I’m not opposed to having a minimum age for consensual sex but why is it a crime if the boy involved was passed that age?

In this case a woman named Rachel Lehnardt had sex with an eighteen year old boy and apparently allowed her sixteen year old daughter and friends to drink alcohol and smoke marijuana in her home. Lehnardt has had her other children taken from her by the state of Georgia and is being charged with contributing to the delinquency of a minor for allowing people to drink in her home.

Lehnardt denies allowing anyone to drink in her home although apparently admitted to her Alcoholic’s Anonymous sponsor that she did engage in sexual acts with several boys over the age of 18. Who cares? Apparently everyone because the comment sections are filled with horror and outrage at her behavior.

Personally I have no problem with a parent who allows their child to drink alcohol in moderation at home. I certainly sipped beer and drank wine in my household from a young age. What is freedom if we cannot have sex with other adults no matter the age difference? What is freedom if we cannot allow our own children to have alcohol in our own homes.

The only possible criminal activity I see here is the allegation that she allowed minors not her own child to drink alcohol in her home. If we’re going to charge every person who is under 21 with possession of alcohol or marijuana I guess our jails just aren’t full enough with people who committed nonsense crimes.

It’s not like she forced these kids to drink. They drank because they wanted to drink. The boys had sex with her because, gosh, people like sex.

The state has taken her four children from her. Do we think placing them in foster care is really to their benefit?

Lehnardt admits a problem with alcohol and is in treatment. That’s where her sponsor ratted her out for being honest about what was going on in her life.

This is one where I know outraged moralists are going to yell at me and tell me how wrong I am. How the state must “save” those poor children from their evil and out of control mother.

I completely disagree. If she wants to let her kid drink at her home she should be allowed to do so. If she wants to have sex with people who are passed the age of legal consent then more power to her. Freedom means being free, not being free to tell everyone else how to live their lives.