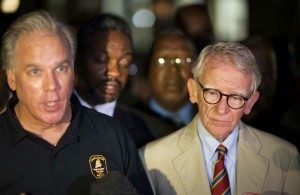 In watching coverage of the Charleston church murders I’ve heard any number of talking heads, sheriffs, and law enforcement officials talk about how “unfathomable” was such a thing. It’s a lot of things. Heinous. Sick. Vile. Insane. To name a few. But it’s hardly unfathomable.

I grew up in a racially mixed neighborhood. I’m college educated. I’m white. I’ve spent the majority of my life around people in the same social class as me.

I cannot tell you how many times acquaintances, friends of friends, and even friends have espoused ideas exactly like that of Dylann Roof. I’ve had people say directly to me that Hitler had the right idea, wrong group. That killing all the blacks in the United States wouldn’t take long, that someone just had to get it started. I’ve had people tell me all gays should be executed, that we should kill all the Muslims. I’ve heard sentiments like this from people who go to church, who are teachers, upstanding members of society, and all too frequently.

The thing that bothers me is that the people who are saying it’s “unfathomable”, that they “can’t understand it”, that it’s “beyond belief” are the one’s who probably have heard such sentiments more often than have I.

The talking heads and law enforcement people who stand up there in front of microphones expressing this “disbelief” are the very same people who hear similar ideas all the time in their weekly poker game, on their fishing expeditions, on the golf course, and even in their homes.

None of the people I’ve heard express such ideas has reached such an insane point in their lives that they carried out such thoughts but I have no doubt it is within them. That under the right circumstances they would do it.

What I would respect from law enforcement officials and the talking heads is if they told the truth. That such ideas are fathomed all the time. That they’ve heard their friends say such things. That in the future they will stand up and denounce friends that express such ideas. That such horrors are completely fathomable and that anyone who expresses such ideas must be told firmly and immediately that they are insane.

That would be news worth watching.