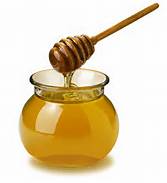 Not long ago I wrote about how a monopoly itself is not criminal but can lead to anti-trust behavior that is illegal.

In this case we have an entire country that engaged in the anti-competitive practice of dumping. Prior to 2001, China dumped huge amounts of cheap honey on the United States in an attempt to squeeze out competition. This included American beekeepers. They complained. These complaints proved to be accurate but, because China is a foreign country, it was impossible to arrest anyone.

Instead large tariffs were placed on Chinese honey driving up the cost of Chinese honey to the point where it cannot be profitable for an American company to purchase honey from China. This tariff is still in place and almost no honey brought into the United States, the largest honey importer in the world, is from China. At least it’s not supposed to be.

This is important. We, the American consumers, could be purchasing reasonably priced honey from China. This in turn would drive down the cost of honey. However, tariffs prevent it. The loser in this is the free market and the consumer. Not that China shouldn’t have been punished for their Dumping tactics but I’ll get to that.

In the meantime, China was still making huge amounts of honey but they couldn’t sell it to the world’s biggest honey importer because of the tariffs. It doesn’t take a genius to figure out what happened next.

A company in Germany, along with allies around the world, managed to route Chinese honey into other nations, repackage it, and sell it in the United States at a cheaper price. Many American companies were complicit in that they purchased the cheap honey knowing full well it was not from the purported point of origin.

However, because this honey was not properly labeled, much was getting through that didn’t meet Food and Drug Administration safety standards. In particular the Chinese use a pesticide called chloramphenicol which is banned in U.S. Food.

In addition, much Chinese honey is substandard but was being adulterated to pass as a higher quality and thus getting a better price. Fraud.

Eventually the government caught onto the scheme and arrested a few of the Americans involved, penalized the American companies, and put out arrest warrants on foreign nationals who will likely never be prosecuted.

However, the honey producers in the United States saw an opportunity to put competition out of business. So a massive tariff was instituted by well-bribed politicians that potentially caused real damage to American’s health and certainly has us paying a higher price for honey.

Don’t mistake this post as an excuse for China to engage in Dumping. They should have paid a massive penalty used to reimburse U.S. honey producers for lost sales during the dumping. But, after that, sales should have resumed as usual.

We live in a massively complex global economy and I absolutely think it is the government’s job to protect American businesses from foreign nations engaging in anti-trust practices. On a fair playing field I think our industry will win many of the battles.

This fair playing field comes with a price though. If another nation provides a product in a way that doesn’t violate anti-trust laws, they might well put American companies out of business.

Right now the playing field is largely unfair. Nations like China have, until recently, had extremely cheap labor which makes manufacturing a less expensive proposition. As these Third World nations begin to prosper they will eventually lose this edge. Manufacturing will return to the U.S. It is already returning.

The way to level the playing field is complex to say the least. Fines and tariffs are weapons in our arsenal. I’m not categorically opposed to either one.

The long-term goal is to have a prosperous, developed world where equal competition brings out the best in everyone.

I think in this case the attempt to level the field actually tilted the field in one direction. Just as the Chinese honey dumping scheme attempted to tilt it in the other. The result was that you and your family members probably ate adulterated honey.