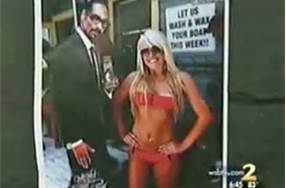 There’s yet another Facebook Privacy story in the news lately and I thought in this case it was interesting enough, and different enough, to talk about.

In this situation a student in Georgia posted a family vacation picture of herself wearing a bikini. Somewhat surprisingly she posted on Facebook instead of Instagram because all the nerdy adults like me use Facebook whereas the cool kids have long since moved on. That aside, this is where things take a turn to the interesting.

There seems to be a lot of passion on both sides of the debate with one group calling Chelsea Chaney stupid for posting on Facebook and not expecting the picture to be displayed publicly, greedy because of the lawsuit, and apparently a slut because she wore a bikini. The other side seems to think the director of technology was likely a pervert and disgusting for using the photo.

To understand whether or not the picture was used legally we must examine something called Fair Use and Copyright.

Whoever took the picture had copyright ownership immediately. There is no need to register a work for it to be copyrighted. This right includes the right to perform or display the work publicly. So, the picture clearly falls into that category.

In this case the Fair Use doctrine falls under the education exception. Basically people can often use images of this nature if they are not for profit and for educational purposes. Clearly that is at least the intention in this case. The law gets pretty murky about the definition of educational and profit and the courts will eventually decide.

I see both sides of the story here. Chelsea is an attractive young woman and the picture was used at least partially because of this. The school claims the picture was chosen randomly but I strongly suspect that’s not the case. It was chosen specifically because she is attractive and the picture would garner attention. The fact that she posted it to Facebook really isn’t a factor from my perspective. Someone besides Chelsea was using her image in a way she did not intend. She was, at that time, not a public figure. She is now and that’s why I can get away with using her picture without the threat of a lawsuit. Also, the picture above is considered a thumbnail and generally avoids copyright restrictions.

On the other side I suspect the director of technology meant only to use it to make a point about the permanency of images posted to social media. It was not meant to make a profit or embarrass Chelsea.

That being said, it did embarrass Chelsea. I cannot tell her whether she should be embarrassed or horrified, that is her decision. If she says she was, then she was. That’s the law. You cannot prove mental pain and suffering. If the plaintiff claims it, then it exists. It’s up to the judge to decide on how big a settlement, if any, should be awarded.

Tom Liberman
Sword and Sorcery fantasy with a Libertarian Twist
Current Release: The Sword of Water ($2.99 for 300+ pages of sword and sorcery excitement)
Next Release: The Spear of the Hunt