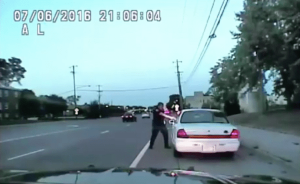 Officer Jeronimo Yanez was found not guilty in the homicide of Philando Castile and while some people consider this an injustice and others feel it was a fair verdict, there are longer term ramifications to be considered.

At the heart of the case is simply the word of Yanez who said Castile was reaching for the gun he declared he possessed. Yanez was afraid for his life because Castile might pull out that gun and shoot the officer. Even if Yanez was alive to testify that he didn’t, in fact, reach for his firearm it boils down to a case of he said, she said.

In these sorts of cases, our court system is designed to protect one party more than the other. In order to be found guilty the jury has to be convinced one person’s story is the truth beyond a reasonable doubt. It is pretty much impossible to say, beyond reasonable doubt, Castile was not reaching for his pistol. Certainly, there was no reason for Castile to do so, having declared on his own that he possessed one. However, it’s the defendant who gets the benefit of the doubt in these cases. If the defendant was scared for his life and the plaintiff has a firearm and reached for it. It’s difficult to find the defendant guilty.

These are facts. What I think is important are the ramifications of this idea. If any person can, out of fear for her or his life, shoot another person who reaches for their pistol, the group of people who have the most to lose are police officers themselves. If I was stopped by an officer and it came to a situation where she or he was reaching for a sidearm, I would attempt to kill the officer immediately. As troubling and horrific as that thought is. What choice do I have? It’s clear the officer can kill me with impunity and claim fear as the justification.

I’m aware that sounds anti-police but that’s not my intent here today. I think police officers do an incredibly difficult job and deal with some of the worst people in our society. I admire many of them greatly and am thankful they are out on patrol. That doesn’t change the fact their lives just became incrementally more dangerous. A small amount of more hazardous is not good for officers out there doing their job. It’s already dangerous enough.

More and more the courts are basically allowing people to kill others because the shooter was ostensibly afraid for her or his life. Officers have benefited from this trend for the most part but it doesn’t take a genius to figure out it’s going to go in the other direction soon enough. That makes me terribly sad.

Our court system is not going to change. That being said, there is a solution. It’s something I’ve spoken about many times in my various blog posts. The reason police officers are so mistrusted and even hated in communities is tied almost exclusively to the War on Drugs. It has turned officers from beloved and revered members of municipalities into the hated enemy. It has created an aura of distrust and hate between officers and the people of the community they serve.

The current administration seems intent on expanding the War on Drugs and that will only end up destroying more lives, police and civilian.

I wince when I consider the stories I’ll be writing blogs about in the future. About the unnecessary loss of life. I’m saddened by the deaths of civilians and law enforcement officers that will almost certainly arise from this verdict and others of the same nature.

As the mistrust between civilians and the law enforcement officers who protect them grows, there is an inevitable increase in fear. The constant companions of fear are violence and death.