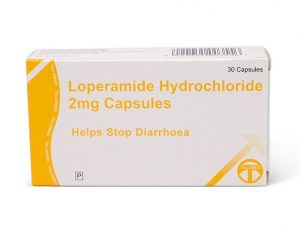 People are overdosing on a drug called Loperamide, which is meant to be used as an anti-diarrheal medication. Loperamide has been available over the counter for many years and there are currently no restrictions on purchasing it. I suspect that will change in yet another misguided chapter of the War on Drugs.

I find this new, supposed, crisis, to be extremely illustrative of the problem with drug interdiction. No matter how many drugs we restrict, there will always be something else that people will take. People will inhale gases from whipped cream dispensers. People will overdose on Loperamide. There is no way to stop people from seeking out chemical stimulants through interdiction. We must accept that those who wish to do so, will find a way.

A far better solution is attempting to treat the person’s desire to use chemical agents. This is the root cause. If we can help people not want to use such agents anymore, then we alleviate the underlying problem. Will we ever completely eliminate drug abuse? Of course not, if that’s your goal then you are doomed to a life of disappointment.

Let’s examine what government’s solution to the Loperamide crisis is likely to involve. Much like Ephedrine, there will almost certainly be regulations to limit the amount purchased. Basically, anyone who attempts to buy more than two boxes at once will be turned away. What is the result? The people who want Loperamide are forced to go to alternate sources.

Enterprising people, seeing profits, will hire teams of young people to purchase single boxes at every retail outlet for miles around. They will then sell these to users at a great profit. Police will then start arresting anyone who purchases boxes at different retail outlets. Anyone who wants to buy Loperamide will have to give personal information in order to make the purchase.

It will be a cycle of interdiction that largely fails to achieve its goal. Then a new drug will be found by addicts to substitute for Loperamide. The cycle will repeat endlessly.

I think it’s incredibly important to understand these facts for they explain, in no uncertain terms, why the War on Drugs has been, and continues to be, an abject failure. This after countless lives have been ruined, not by drug abuse, but by the attempts to save people from drug abuse. This after untold billions of dollars have been spent.

We try the exact same solution again and again despite its many failures. There are reasons for this and they mostly involve the vast amount of money interdiction provides for law enforcement, government, the penal system, and others. The War on Drugs is profitable for certain groups of people while it simply destroys others.

The question we must ask ourselves is if we truly want to help people? If we find the horrors of drug abuse and the atrocities engendered by drug interdiction to be unpalatable, perhaps we need to try to different solutions.

If that’s the case, if you are a decent human being. If you value lives more than money. We need to abandon interdiction as a method. We must embrace other tactics.