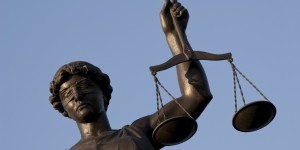 A twenty month investigation by Federal Agents and New York State law enforcement has resulted in the arrests of seventeen people across three states for running an online gambling ring. Don’t we all feel safe now?

The argument against this sort of behavior being criminal resides around what is commonly referenced as a Victimless Crime.

The idea is an action has been made criminal despite the fact the person committing the supposed crime and the people with whom they commit it are willingly involved in the activity. That they would not call the police. The most common crimes referenced in this way are taking drugs, gambling, and prostitution where all parties are willingly engaged in the activity rather than being coerced.

Libertarians largely believe such things should not be illegal and, while I agree, I do want to explore the idea that victimless doesn’t mean people aren’t hurt. Also the idea that doing the same thing might be both legal and illegal depending on circumstance.

First to the idea that there are no victims. There are. When a person gambles all their money away other people associated with that person, generally family, are hurt. A habitual drug user harms themselves and, by extension, those they love. There are victims, this is undeniable. However, people hurt themselves and their families in all sorts of legal ways so the fact someone is hurt by an activity doesn’t mean it should be made illegal.

Likewise circumstance plays a role in whether an action is a crime. Getting drunk is not a crime but flying a plane in that condition might well be so. Firing a gun at a shooting range is perfectly legal but doing the exact same thing on a crowded street is a crime. In both of these cases a person is behaving in such a way as to endanger other, innocent people.

So should online gambling be illegal? That’s the question.

I don’t see it as something communities or the government should regulate. Don’t get me wrong, I recognize that a community can make whatever rules they want if they don’t fall afoul of the Constitution. I’m just saying I don’t see why gambling is illegal in this case.

While we are arresting online gamblers how many equally illegal card games take place with law enforcement personnel, judges, politicians, and lawyers? Why is one group prosecuted and the other not? How many powerful people get away with traffic violations that would get the rest of us a ticket? The laws we have today give us the illusion of blind justice but the reality is far different.

I’m also curious how much money was spent on that twenty month investigation, how many hours of time used by dedicated officers that could have been spent fighting real crime?