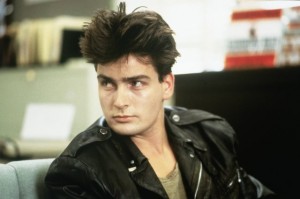 My favorite comedy show these days is The Goldbergs and every week I look forward to the day Hulu releases the next episode. This week they paid tribute to Ferris Bueller’s Day Off and, as usual, there were some great moments not the least of which was Charlie Sheen’s conversation with Erica.

Anyone who has seen the movie remembers the astounding advice Charlie’s Sheen’s character gave to Jeanie (Shana, Jennifer Grey) and watching it again sent chills down my Libertarian spine. In a few short sentences Sheen gets to the root of why Jeanie is so angry and points out why it is wrong, so very wrong. That scene is an Objectivist Libertarian anthem.

The entire movie is really about taking advantage of life’s opportunities. I’ve heard people say it’s about kids pulling one off on adults but that’s not it. The parking lot attendants demonstrate this with great clarity. It’s about not being mad at your brother because he gets to do stuff you don’t get to do. It’s about doing things yourself!

“Your problem is you,” says Sheen and he’s right. “You ought to spend a little more time dealing with yourself and a little less time worrying about what your brother does.”

What is wrong with this country when Charlie Sheen has got it right and the fanatics to whom you listen and watch in the media have got it all backwards?

Now, I recognize Sheen was reading lines, acting. I’m under no illusions that he’s got the right idea about how to lead your life. But, by golly, for one moment there at least, he got it totally right. He nailed it. He summed up that movie.

Go out there, Jeanie’s of the world. Don’t complain and blame everyone else. Achieve great things! It’s inside you. You can do it. I believe in you and so does “Boy in Police Station”.