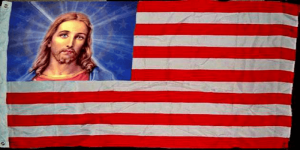 The candidacy of Donald Trump has put to test a part of the Republican party that considers itself truly Conservative and George Will is of the opinion that a Trump nomination will mark the end of that faction of the GOP.

I’ve got news for you, Mr. Will. You and those of like minds might still be voting for Republicans, but the party is no longer Conservative and hasn’t been for a long time.

Part of the problem is that the term Conservative has come to mean two very different things to people who are members of the Republican party. The group to which Will largely belongs is Libertarian Conservativism. He does not believe the government should be telling individuals what to do and how to behave.

Meanwhile the majority of the Republican party has long since swayed to a combination of Cultural and Religious Conservatism. This group believes the government should interfere intimately in the lives of its citizens in cultural and religious matters. They believe preserving the state is integrally tied to preserving the culture. They believe in a very strong state with an untouchable police force that has the ability to enforce any and all draconian measures in order to keep us safe. They believe in a mighty military in order to keep us safe. They believe freedom is secondary to safety.

The two ideologies have, much to my mystification, remained compatible with one another in a single party up to this point. Certainly some people who considered themselves Republicans and Democrats have transitioned to the Libertarian Party in the last few years but hardly enough to make an impression in the political juggernauts that the two main parties remain. Libertarian candidates get around 1% of the vote in general elections.

Will finishes his article with the following sentiment: If Trump is the Republican nominee in 2016, there might not be a conservative party in 2020 either.

Mr. Will, you cling to a phantom that is no more. A ghost, an apparition, and the longer you hold the dead thing to your bosom the more life will be sucked from your own body. You will eventually be nothing more than a husk of a man. An empty corpse that manages to shuffle along but does not see, does not hear, does not understand. Perhaps you are already there but I suspect not. I suspect there is life in there still, intelligence, vigor, and ability.

Mr. Will. We are Libertarians and with open arms we welcome such as you.