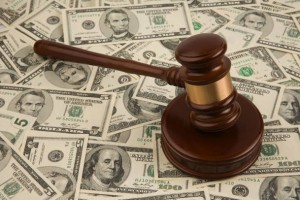 An astonishing case just reached its first stop when Franklin Circuit Court Judge Thomas Wingate ruled that the state of Kentucky can claim triple $290 million dollars in gambling losses of residents between 2006 and 2011.

For a period  of time a company called Poker Stars offered internet gambling across the United States. In 2006 a law was passed called the Unlawful Internet Gambling Enforcement Act of 2006. In 2011 the government acted on this law and stopped all such gambling. The state of Kentucky claims that all losses made in the interim were illegal and thus they can collect said money.

There are so many things wrong with this case it makes my mind boggle and my blood boil.

I suppose I’ll list them by what I perceive as the most egregious.

Here’s the wording of the statute and here is a PDF of it.

372.040 Suit by third person where loser or creditor does not sue.

I mean, you have to be kidding me, right? This is some insane joke? Nope, sadly not.

This is an example of the power that government can wield. If the state of Kentucky can not only pass a law claiming any third party has the right to collect the gambling losses of another individual but actually enforce it … what law cannot they pass?

The only laws they can’t pass are those which the Constitution forbids. Kentucky is not allowed to abridge my freedom to speak, to assemble with like-minded people, to be immune from unwarranted search and seizure, to house soldiers in my home, establish a religion, and more.

We take many of these rights for granted but I hope this case makes you appreciate them all the more. Do you imagine a legislature that can write things like 372.040 wouldn’t be happy to take away your right to speak? To assemble? To vote? To own a weapon?

The sad part in all of this? The judge is probably correct in interpreting the statute. The statute is, quite obviously, madness. It is overreaching, money-seeking government at its worst, exposed to the light of day. It is sickening. It is a dark shadow upon the thoughts of any liberty loving individual. It is the raw power of a government not checked by the people.

There is one group who can remove this stain of a statute from the books.

Kentuckians, what say you?