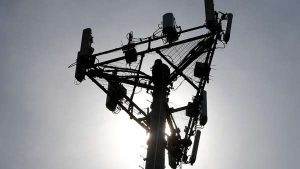 There’s an interesting case before the Supreme Court involving law enforcement agencies gaining access to information about where you have been traveling without a search warrant. In essence, your cell phone knows where you are at all times. The question is if that information can be turned over without the normal protections provided by the Fourth Amendment.

The case in question involves a person who was found guilty of robbing a series of Radio Shack stores. Police obtained records of who knows how many thousands of people, without a search warrant, and correlated data to determine who was close to all the stores on all the dates of the robberies. Certainly, this aided in catching Timothy Carpenter but also gave law enforcement officials access to the traveling habits of tens of thousands of people who did not commit a crime.

No one is arguing if the police suspected Carpenter they could not obtain a search warrant to his cell phone records and find a correlation between his movements and that of the robberies. The question is if they can get everyone’s records, anytime, for any stated reason, and comb over them.

The possibilities are limitless and I think it’s ridiculous to assume everyone in government has your best interests at heart. There are vindictive and violent people in government who could and would use this information to hurt people.

Some people reason if you have nothing to hide, then you shouldn’t worry about it. I could not disagree more. If I am not a suspect in a criminal investigation, if reasonable cause cannot be argued before a judge; where I go is none of the government’s business. The government should not have free and unfettered access to my purchases, my movements, or my possessions.

The Fourth Amendment exists for good reason and we must be careful about allowing exceptions.