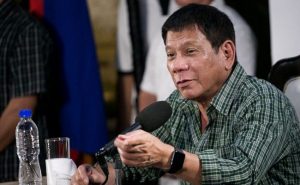 There’s a politically fascinating situation going on in the Philippines that I find instructive in the nature of the state in regards to freedom and safety.

A fellow named Rodrigo Duterte was elected as president of the Philippines on a platform of eradicating drug users and dealers on the island. As mayor he at least allowed, if not aided, vigilante groups in beating and murdering drug dealers and users, including children. As president he has continued those policies nationwide. He has also largely banned smoking in the Philippines. In his latest speech he promised to suspend legal protections if terrorist activities continue on the island. That’s what I find so interesting.

Duterte is applauded by those who wish to fight terrorism and drug abuse. They love a “hard-line” policy where those who are suspected of such crimes are arrested and punished severely, often times suspending laws designed to protect citizens in order to do so. We see a similar attitude the world over. Kill the drug dealers that are preying on our children. Kill anyone we suspect of terrorist ties regardless of legal protections. The normal rules do not apply. We must suspend the laws in order to promote our safety.

As a Libertarian I am amused.

Duterte’s actions not only fail to protect the people of the Philippines from drugs and terrorists but actively make the problems worse. This is a counter-intuitive concept to be certain. How can locking up suspected drug dealers, users, and terrorists encourage them? Easy. The laws we have that protect the few who might well be guilty of being drug users and terrorists also protect the many who are not. When we suspend those laws people who are not terrorists, not drug dealers, and not drug users are imprisoned indiscriminately by government agents. Those people have friends and families. When the legal protections are removed we empower sadistic government employees who use their unfettered power to punish their personal and business foes. It is inevitable.

For every drug dealer Duterte orders killed there is an innocent who suffers the same fate. The people of a nation begin to realize they have no legal protections. That the government can and will take what they want, when they want, from whomever they want. It starts with the poor who have no advocates but it always spreads. Soon the government is taking over businesses for the money they will generate. Soon they are imprisoning political enemies.

When the people have no legal recourse they resort to illegal methods. Terrorism.

This is the juxtaposition between advocating tough laws and the reality such legislation creates.

If the people continue to allows such behavior from their political leaders then the nation will inevitably slide toward dictatorship. As more and more people clamor against an oppressive government, said government resorts to more extreme measures to put them down, thus creating more dissidents.

Only when people have real freedom does government for the people and by the people function properly.

Freedom is free, it’s just not safe. Terrorists and drug dealers must be afforded the same protections we demand for law-abiding citizens. That means bad things sometimes happen. The alternative is that worse things happen.