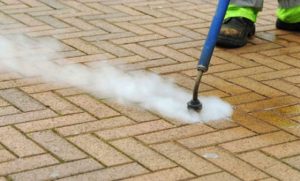 Eventually I got to the section at Wikipedia about how discarded chewing gum is a big nuisance. I don’t have to tell anyone who has stepped in the mess and had to remove it. Or anyone who touched the disgusting blob under a table. Or any who has to clean it up. I think I’d be hard pressed to find anyone who doesn’t find discarded chewing gum to be disgusting and a nuisance. At my upscale gym I occasionally see a piece in the urinal and I literally want to find the person who did it and punch them in the mouth.

Someone has to clean that, you dick. It takes time and effort to clean up and that means it takes money.

Many schools ban it for this reason alone and one country, Singapore, has banned it completely. Their public spaces and sidewalks must be a joy although I’ve never experienced them myself.

This all brings me to the conundrum. I’m a Libertarian. If people want to chew gum, more power to them. If they want to swallow it, go right ahead. But, by golly, I don’t want it under the table I’m sitting at while having dinner. I don’t want part of the price of my dinner being to have someone clean up the chewing gum from the table. I don’t want my tax dollars going to cleaning expenses.

To prevent people from disposing of their chewing gum improperly means ridiculous laws. It means law enforcement officers training their keen eyes on rude gum chewers who do not dispose in an acceptable way. It means fining people, potentially arresting them, for disposing of gum under a table. That’s not exactly up my Libertarian alley.

If we don’t have laws to keep people from sticking it under the table then some, asshole, people are going to continue right along doing it. What to do?

Certainly teach children how rude is this behavior. Certainly shame anyone you witness doing it. But laws? Regulations? Even just a small fine rankles my ideology. I don’t like the idea of police handing out tickets for such actions.

Make them clean it themselves? That again requires vigilant officers on patrol and I’m not sure I approve.

Sometimes it’s hard to be a Libertarian. Especially if you’ve got gum stuck to the bottom of your shoe.