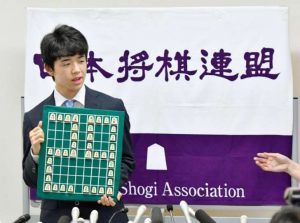 What’s wrong with a headline saying he broke a Shogi record? I’m a chess player and had never heard of a winning streak record so I was intrigued by the article. Nothing against Sota Fujii who is clearly a fine player of Shogi. I just wish the headline could have been more honest.