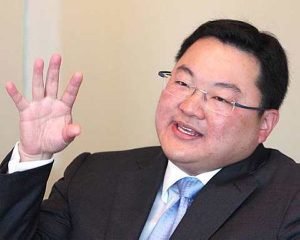 A fellow by the name of Jho Low worked as a financier in Malaysia. He is accused of taking money from a fund called 1Malaysia Development Berhad. He then used this money to buy jewelry for Australian actress Miranda Kerr. Now the United States has taken her jewelry as stolen property.

I suppose, on some level, I understand the general idea that someone who steals something should pay back what was stolen. The reality is that is not how the justice system works. If someone murders someone there is no way to give life back. The majority of crimes cannot be dealt with in an eye for an eye fashion. We have a criminal justice system that weighs the various crimes and assigns penalties based upon them. This is our attempt to arrive at justice.

I’m all for justice, but this sordid series of events is anything except. Let’s follow the trail from beginning to end. The Malaysian government controls 1Malaysia and puts money into the fund from revenue generated by taxes. This is money that belonged to people in Malaysia and was transferred to the government.

Now, the money was siphoned off to individuals like Low to be used not for the benefit of the people of Malaysia, but for him individually. He used this money to purchase jewelry from various suppliers. These suppliers sold him the jewelry at a fair market price in good faith. They received money for the jewelry. Said jewelry was then given to Kerr while she and Low were dating.

As a gift of tremendous value, it is treated as income. Essentially Kerr had to report these gifts and their worth to the Australian government who certainly taxed her at the appropriate rate. It is largely the same as earned income from a tax perspective.

So, from what I can deduce, the government of Malaysia stole a bunch of taxpayer money from its citizens and now the United States has stolen the property purchased with this money.

What would be justice? Quite simple. Return the items to the sellers in exchange for the money paid for the goods and then give that money back to the taxpayers of Malaysia. Anybody think that’s going to happen?

Now, it certainly wouldn’t be a perfect solution as the gifts have likely depreciated since their original purchase but it would be more just.

The way things stand we simply encourage foreign governments to rinse and repeat. Steal a bunch of money from taxpayers, buy lovely things, pay taxes on the purchases, pay taxes if they are gifted, use them for a while, and then give them to the U.S. government.

All we’re doing is collecting money from the stolen goods at every step of the way. That money no more belongs to the United States than it does to me. The worst part is this isn’t unusual. Local, State, and Federal government steals from thieves all the time. They call it seizures but it’s nothing more than theft.

Will the United States pay back the taxes collected on those purchases? Will Australia? Will Malaysia? Will we give the original money back to the citizens of Malaysia? They are the only victims here and they are not recompensed in any way. Everyone else makes a profit and one or two scapegoats will spend a few years in prison.

That’s government for you.